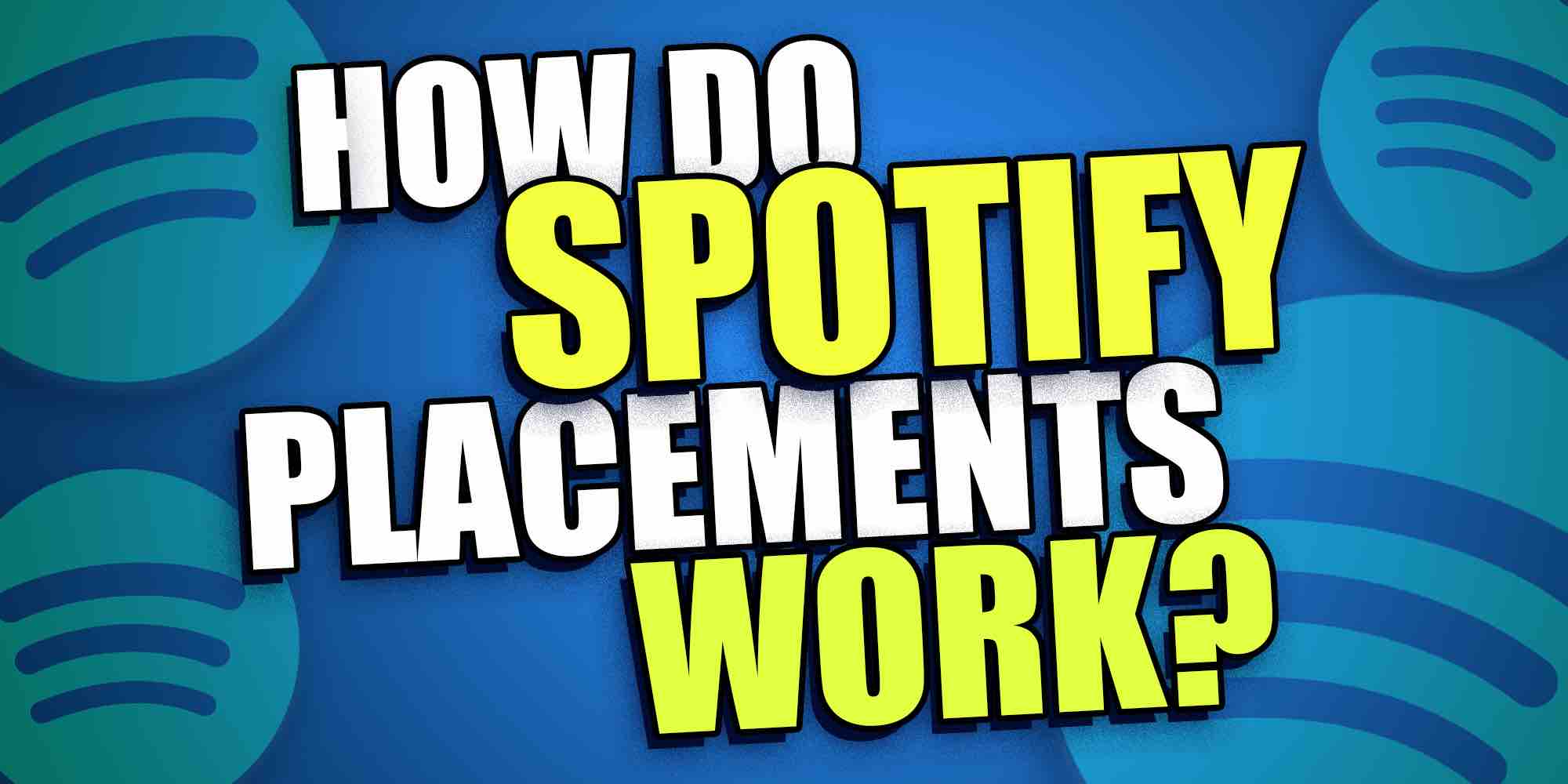 What is a Spotify playlist placement?

Before we learn How To Get Followers On Your Spotify Playlist, we got to understand what we are walking into here.

Now, what exactly is a Spotify playlist placement?

In the music industry, a Spotify playlist placement is the term referred to your song being placed in a Spotify playlist for a specified amount of time, in hopes of exposure. Playlist pitching is the process of submitting music to Spotify curators for placement consideration.

Make sure that you distinguish between the two.

Pitching is the process, and placements are the outcome.

Here are 5 benefits to a Spotify playlist placement: 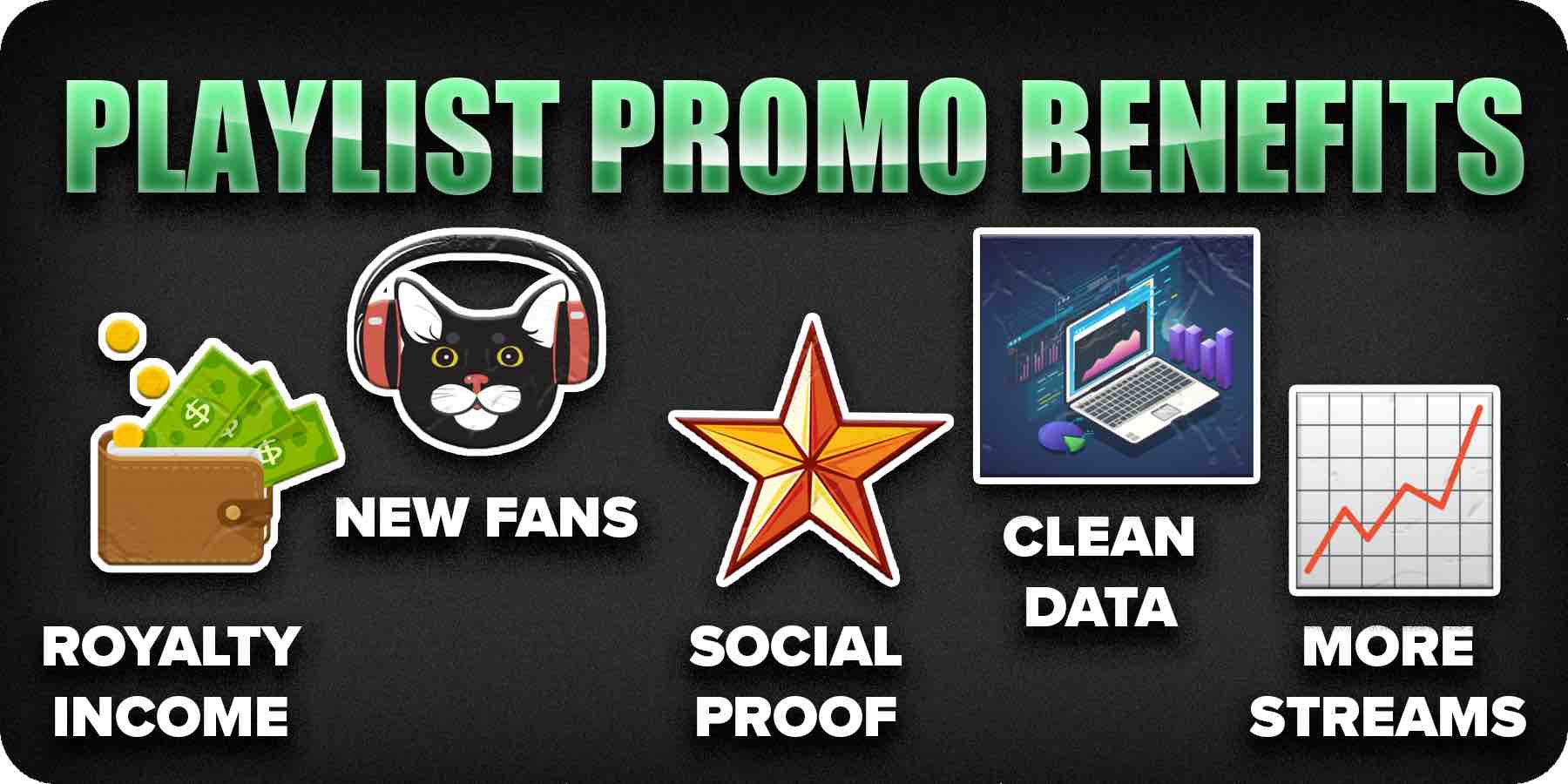 It's important for any artist with a visionary career in the digital era to understand the value of a Spotify playlist placement.

Bonus: Check out Boost Collective's free Spotify promotion here - our free-to-use platform is a must-join for all independent artists!

Naturally, the longer your Spotify playlist campaigners than the more streams and listen as you can reach!

Spotify playlist curators generally keep a song in their playlist for 2 to 4 weeks. To maintain playlist activity, curators don't prefer to place songs for months. The average playlist placement duration is 3 weeks or 21 days.

To ensure success, make sure that you have future Spotify playlist placements prepared in your marketing plan.

This way you can jump on it, soon as your current placements are over.

Just note that this is mainly applicable to hip-hop and indie pop music.

For some more esoteric music genres which have less supply of songs then it won't be surprising to have a longer Spotify placement.

In those cases, though it's hard to find a great Spotify promotion service company to help you land these top placements.

This is because the playlist genre demand is too low for agencies and labels to justify growing.

In the end, the existing curators are primarily music gatekeepers.

These dudes reject many songs in order to "preserve the culture" of the music. Whatever that means.

If you make commercial music, let's get it heard!

How long do songs last in editorial playlists

Every artist wants to get in the best Spotify Playlists, so editorials are a must! 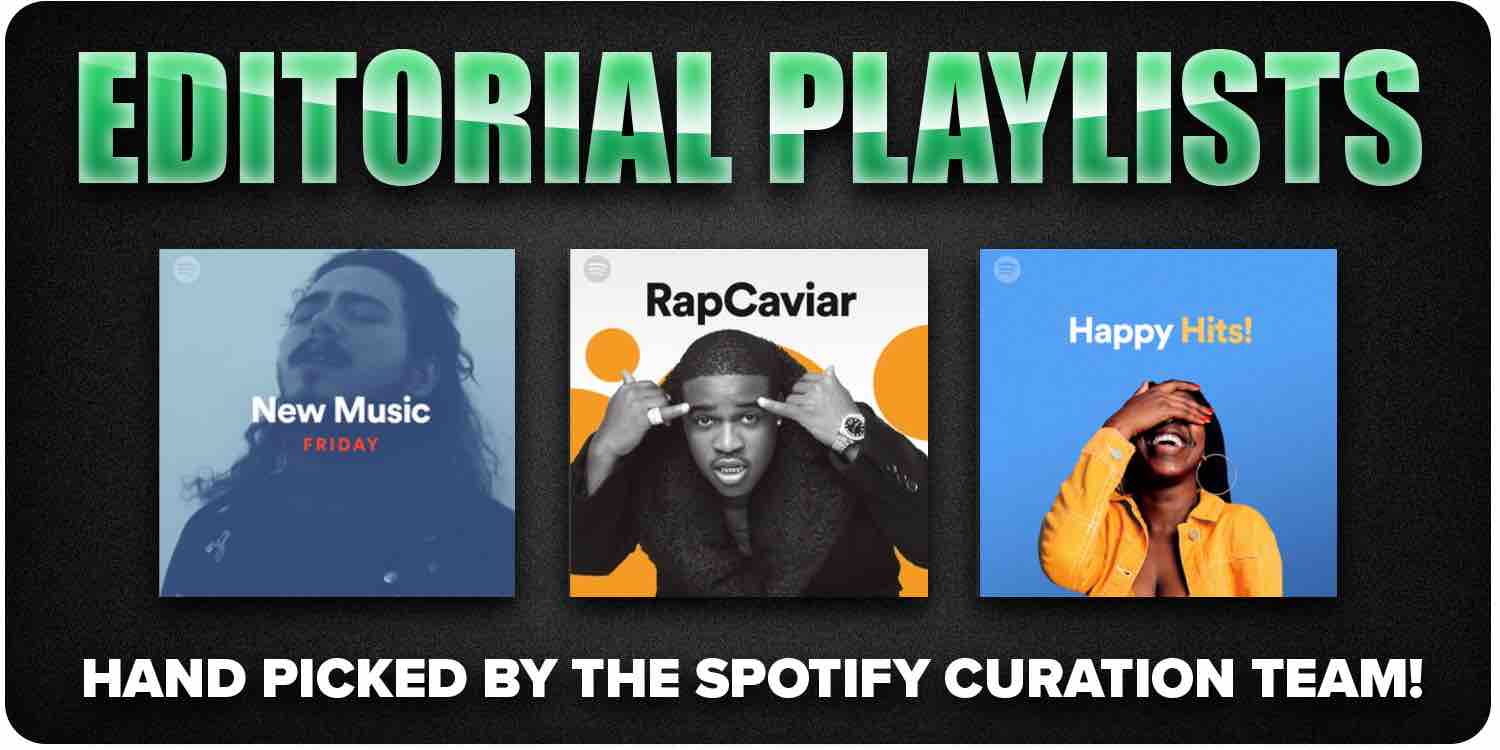 It probably feels impossible for you to get your music in that music Friday playlist, especially considering all the millions of new music tracks being released on Spotify every day...

Good news. Music discovery through the editorial playlist does not correlate to your fame level.

So long as you're music is great, even YOU have a shot at being in the new music Friday playlist!

Just note that editorial Spotify playlists don't keep your song placed on for that long.

Editorial placements are tough to land, but we break them down in our Free Spotify Playlist Placement Guide.

Should you pay for a Spotify playlist placement?

There are a lot of conflicting opinions when it comes to getting a Spotify playlist placement by using a paid service.

Some artists believe in music purity and I don't want people to spend their budget on that.

Others see it as a stepping stone into the music career.

Buying a Spotify playlist placement is a solid way to increase your exposure and music discovery. Let's be real, most of your social media and email followers won't leave their platform to hear your music. Through playlist placements, you're targeting true fans on an algorithm level. The odds are on your side!

This is the music industry.

Artists that buy placements understand that they cannot compete on the same resource level as a record label for building audiences, so if you can spend a few hundred to reach established communities (playlists) then it's worthwhile! 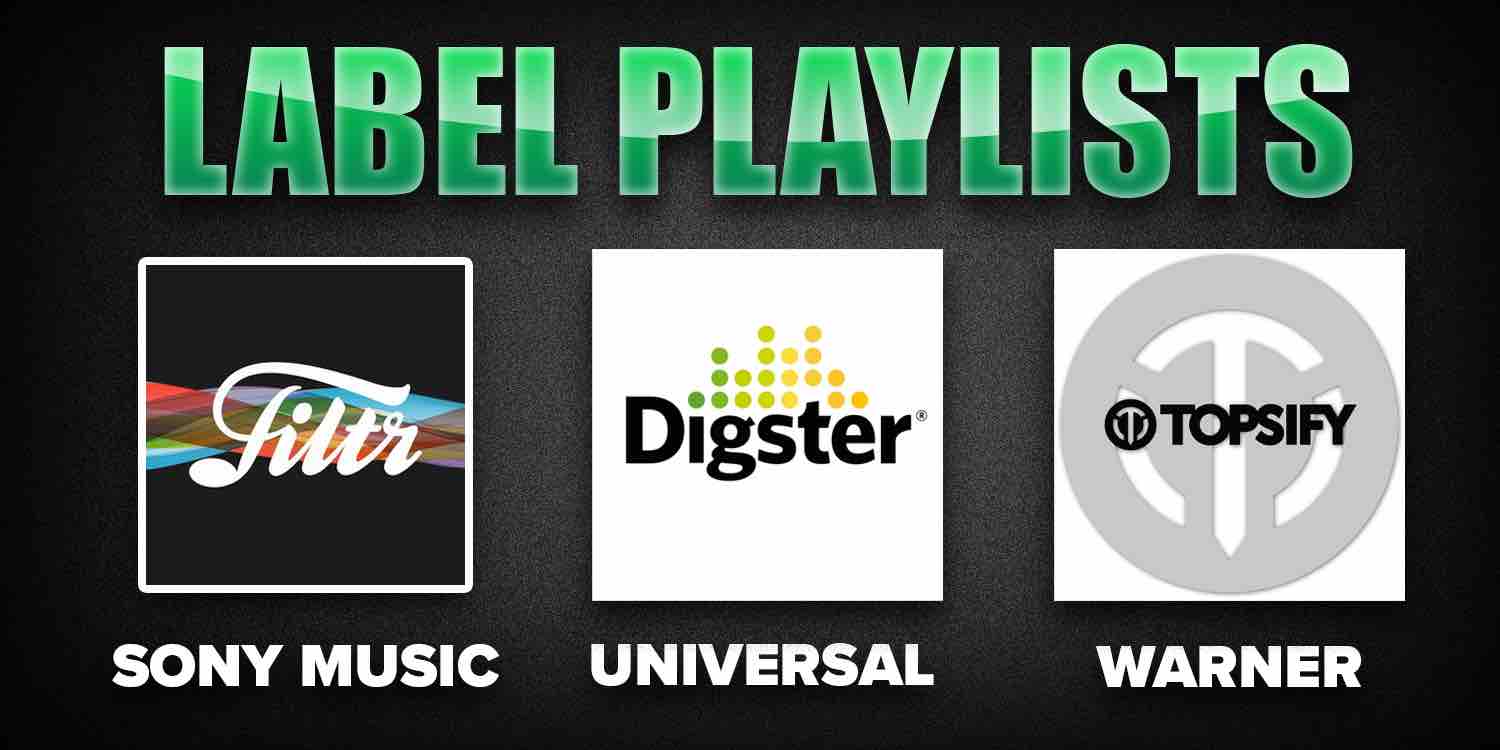 Naturally, when money is involved there will naturally be currency moving between pockets.

Spotify playlist placements are wonderful because by putting a small budget upfront you're able to take brand new fans and truly build a concurring stream of people that enjoy your stuff.

How much is a Spotify playlist placement?

One of the largest challenges when it comes to Spotify playlist promotion is the price.

So how much is a Spotify playlist placement?

The starting cost for a Spotify playlist placement is between $50 to $60. On average though, services charge $300 to $500 for the most common Spotify promotion packages. High-profile artists are known to drop thousands to get on playlists.

You get what you pay for, at least in the promotion world. 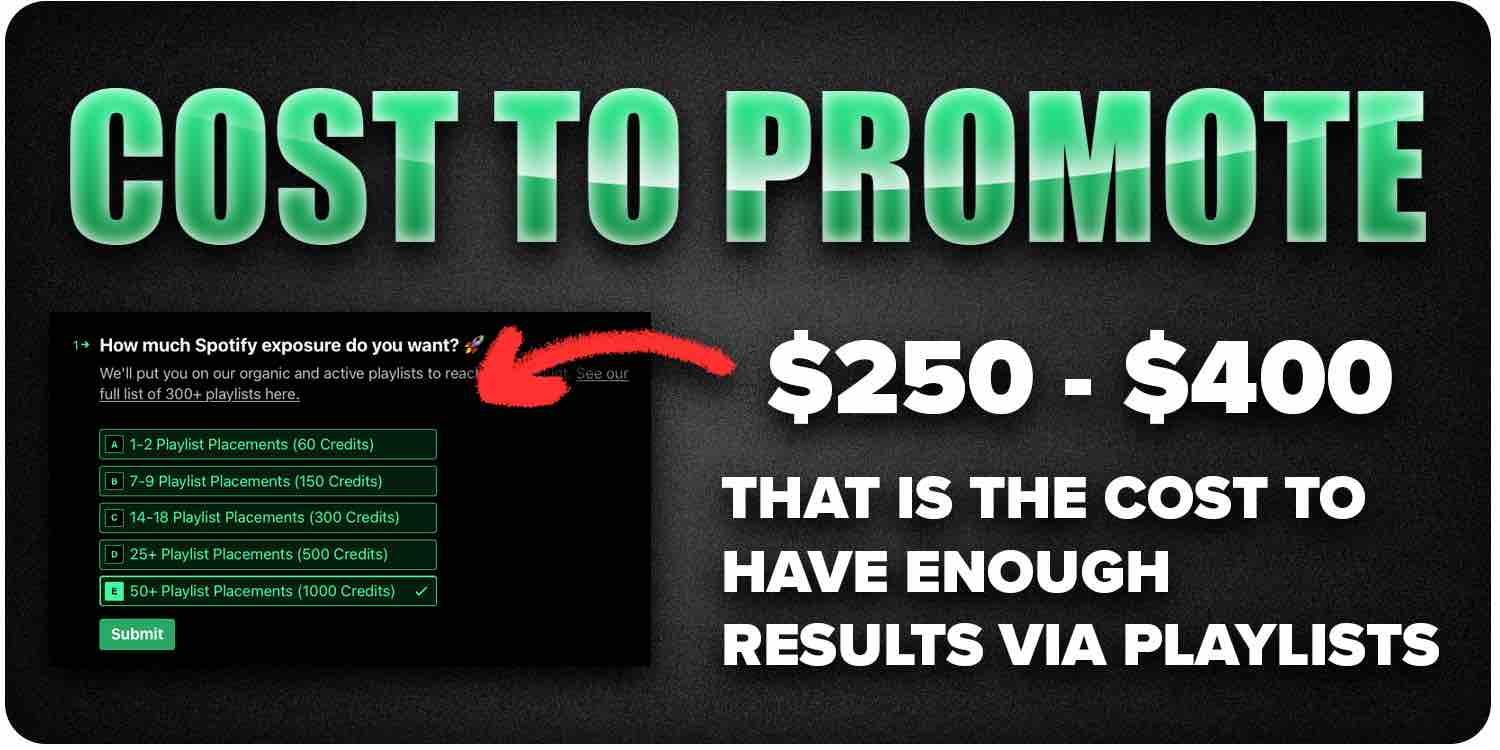 As much as you may want to invest in your music career, you intuitively understand that there's a risk involved so it hurts.

There is no assurance that the promotion is legitimate, to begin with!

This is why you should read our blog that breaks down how to spot and avoid fake Spotify playlists!

What is better than Submithub? (10 alternatives you can use)

Submithub is a service that music artists such as you can use to submit the music to Spotify playlist curators!

That said, they are not the ONLY service in the Spotify Playlists placement space.

There are many other alternatives, and some of them may be more suitable for you as a music artist!

Here are the top 10 alternatives to Submithub: 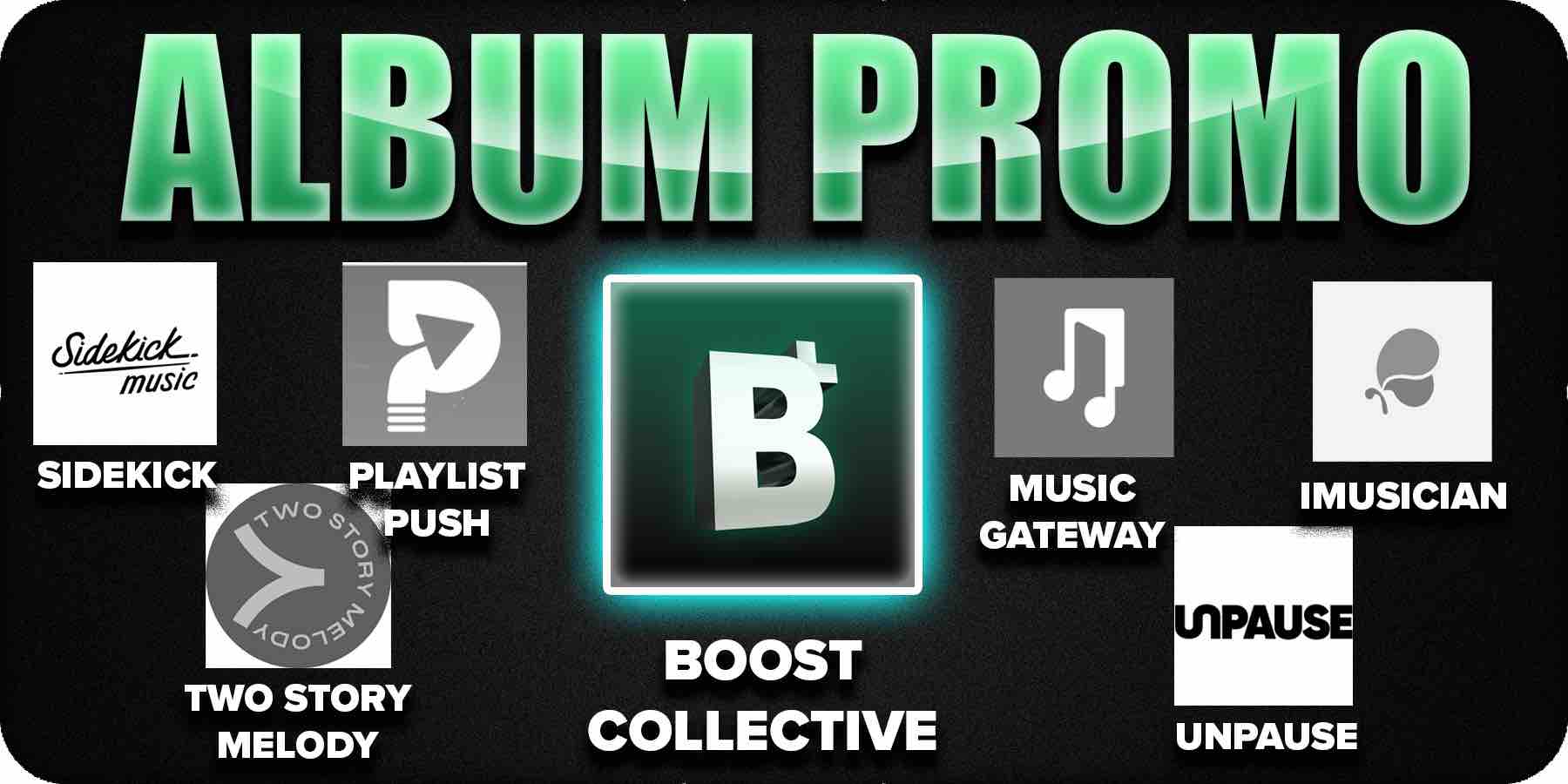 Among these companies, the one that has been proven to provide exceptional results time and time again has been Boost Collective - the #1 most trusted agency in the Music space.

Spotify is not dumb.

They have some of the smartest tech people working at the company, so it's really easy for them to notive when there's something odd happening in terms of streams. 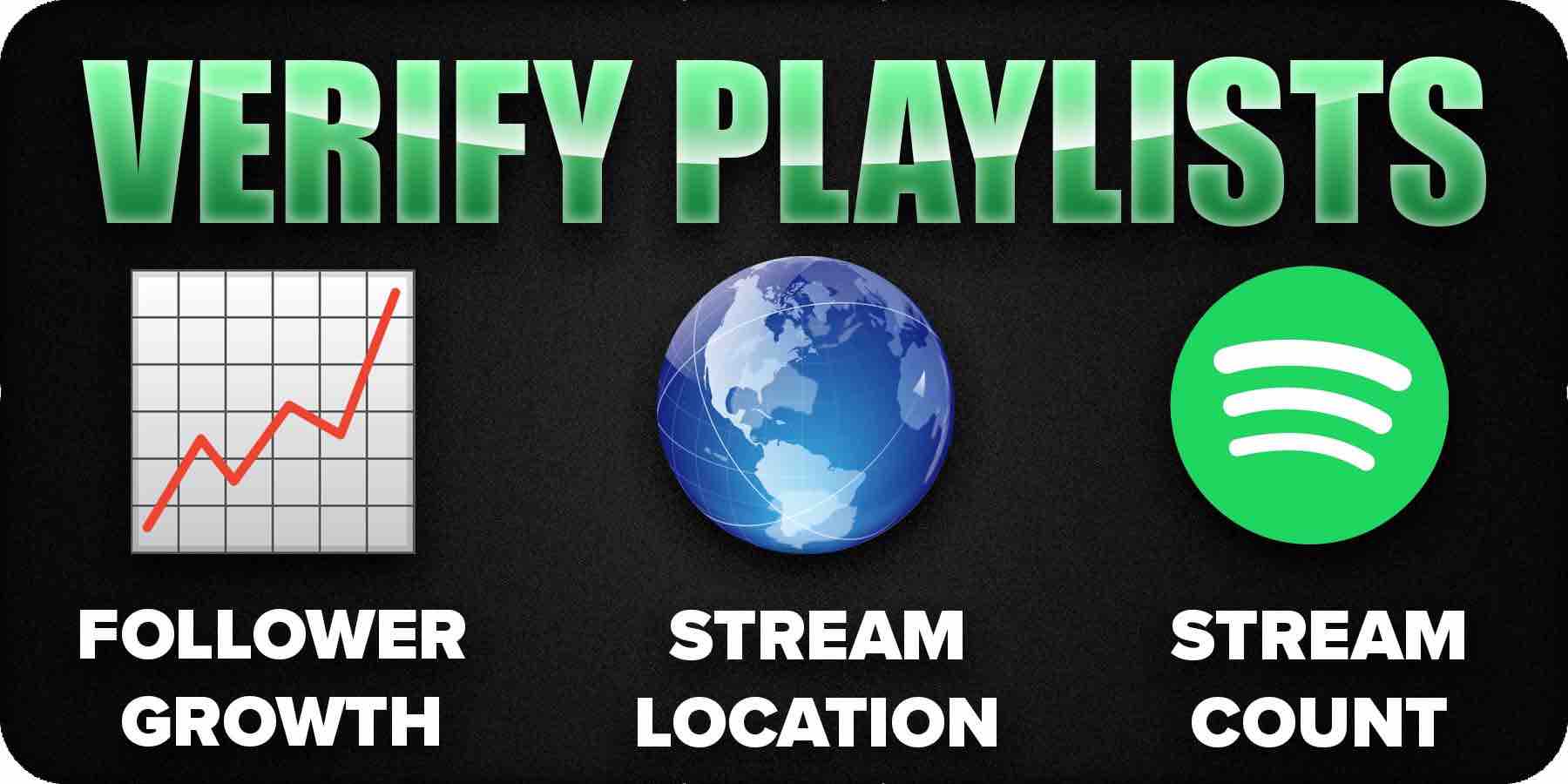 This is how does an authenticity risk-assessment:

Spotify has a built-in system that detects unusual listening patterns and will flag up suspicious activities. This includes streams generating from the same location, songs playing exactly 15 seconds, songs on endless loops, etc. Spotify takes immediate action on this.

Generally what happens is Spotify discovers that the streams are pretty odd and flags it for later.

What flag then when Spotify does another purge that song will also be taken down.

How much money is 100k streams on Spotify

Now let's talk about monetization and getting your royalties up!

Spotify streaming royalties depend on the listener's location, so it rangest. 100k Spotify streams are between $400 and $600 in royalties on average. US and Canadian streams include better monetization than India.

Naturally, this seems like a lot of streams (at first) over time you'll realize that it's not nearly as much as you think.

If you can gain 300 streams a day they've already reached the threshold! 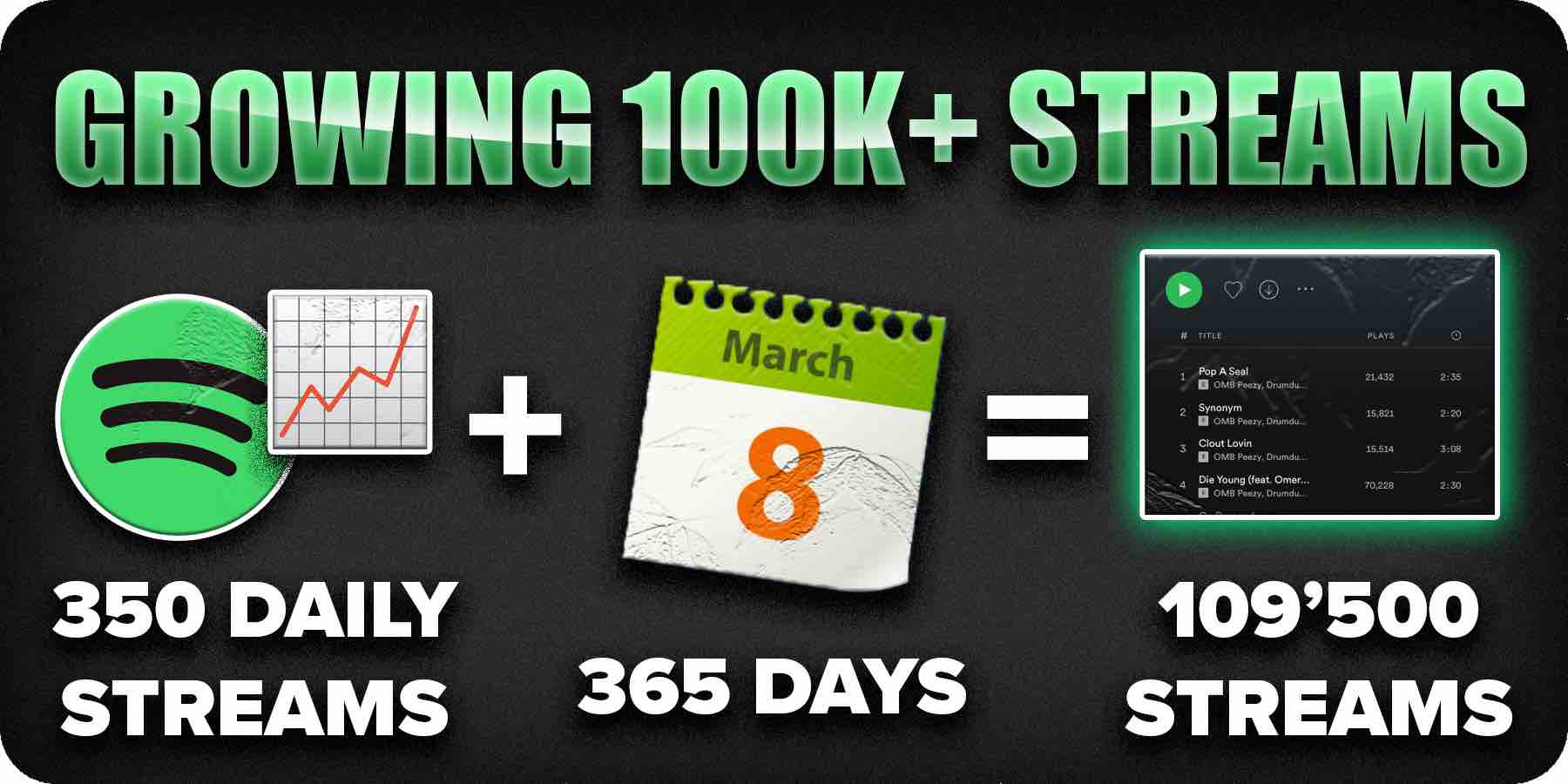 It's about consistent effort and growing over the long run.

How much has Drake made from Spotify

We're going to name-drop the largest artist on Spotify himself, Drake!

How much has Drake made from Spotify? 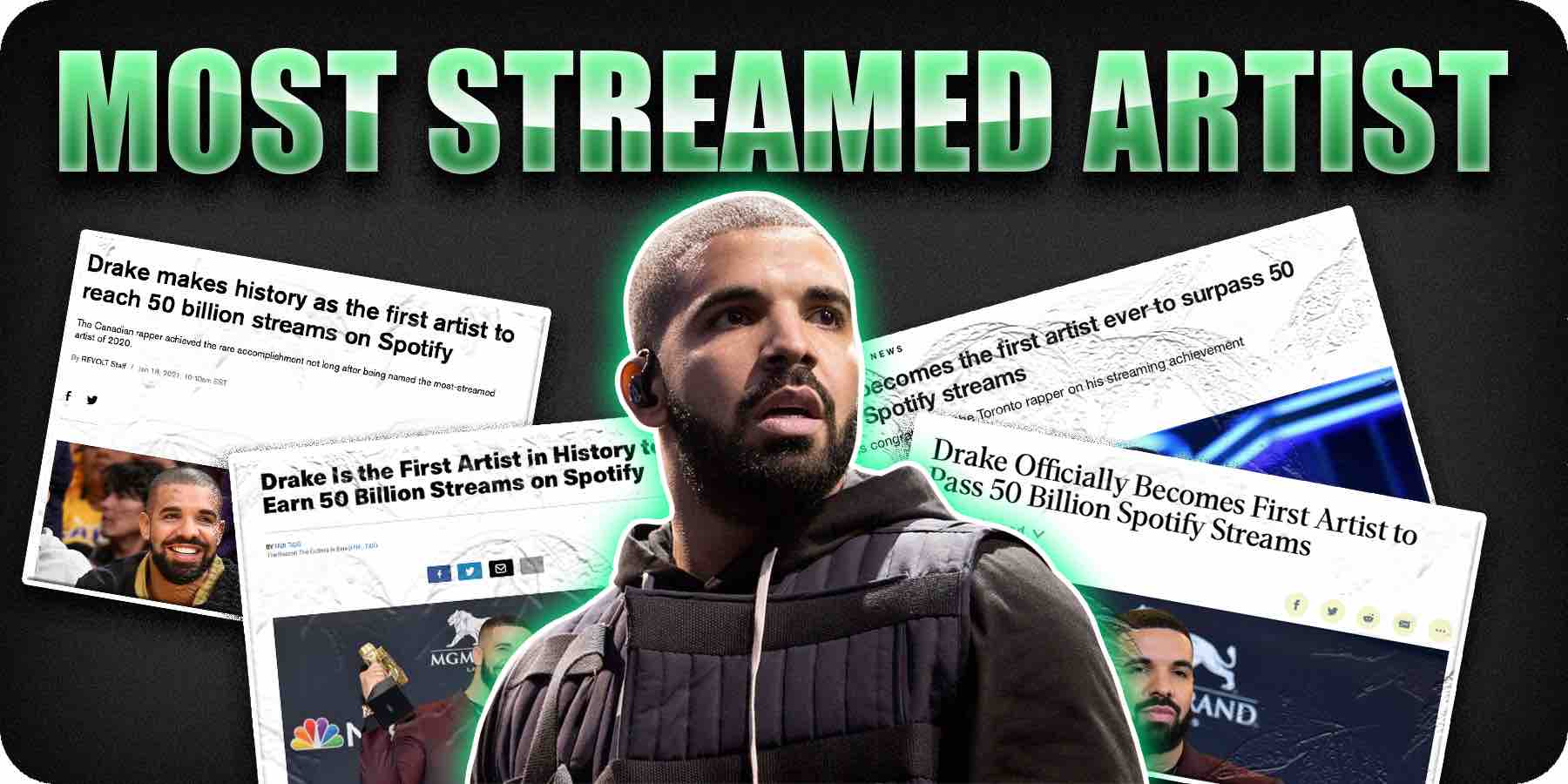 Drake's record label has a stake in his music royalties. That said, Drake has reportedly made over $50 million in streaming earnings ($53.5 million to be exact) off of his 50 billion streams.

Those are not rookie numbers by any means and it's proof that a record label can take your pretty damn far if you have the talent, intellect, and ambition to go further.

Does Spotify take songs off your playlist?

Do you fear that your songs will be taken off of Spotify playlists automatically?

Don't worry, Spotify doesn't roll that way. They're chads for the boyz. 😎

Spotify does not remove songs from a playlist without reason. When a song disappears from playlists it means either the artist's license has expired, or that Spotify took it down for not complying with the platform's rules. 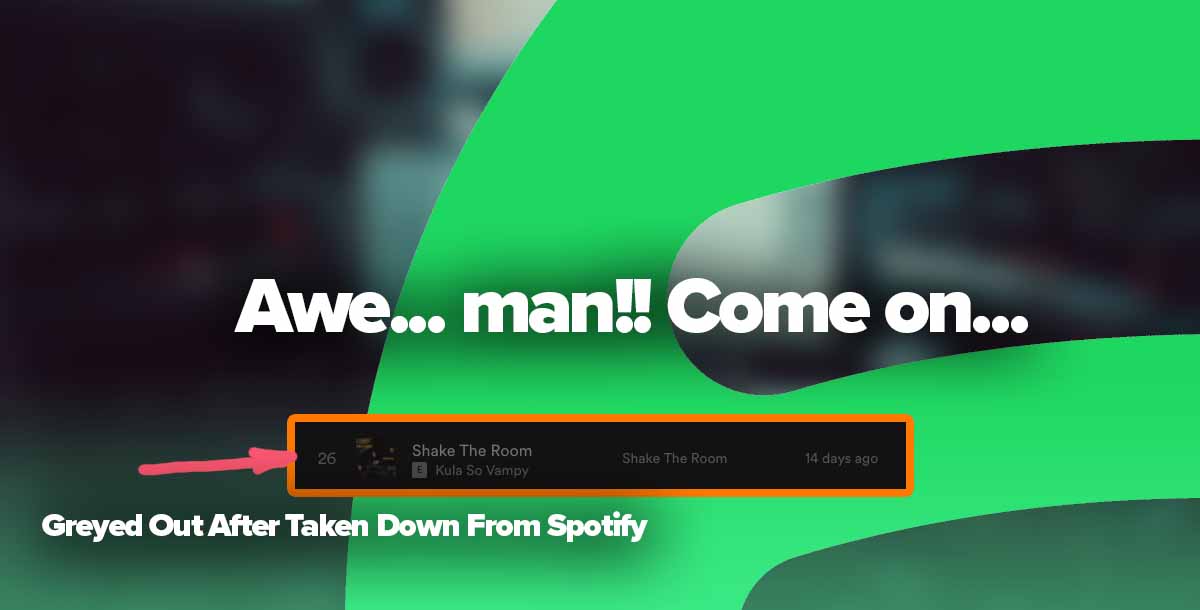 So long as you don't use any suspicious bot promotion then you'll be fine.

Quality Spotify data to your music won't hurt you… In fact, it will help you.

Spotify indexes the listeners of your music from the playlist and then shares your music with new people of similar taste preferences.

This is an advanced method of Spotify promotion called growth stacking and it's what the top in the industry are doing.

Can Spotify artists see playlists they're on?

Sometimes you get placed on playlists, and don't even realize!

That's why it's important to check your Spotify For Artists and see updates in regards to your music promotion endeavours.

Just log into your Spotify For Artist account and within your artist dashboard, you will see the public playlist that your song is placed in. As a bonus, you have direct links to these playlists and include analytics on listener location and which ratio of your streams comes from which playlist. 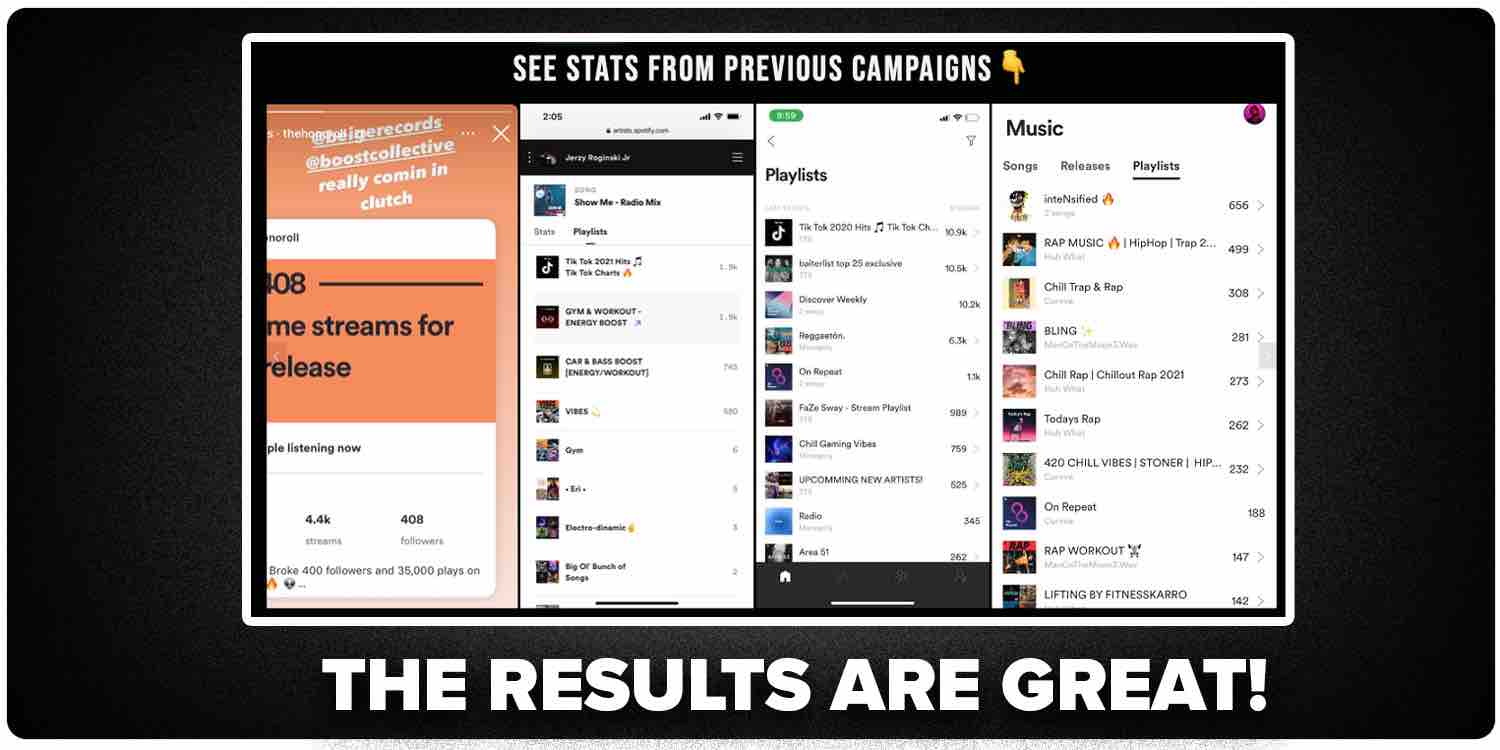 Sadly you can't really see which private playlist your song is included in so there are chances that you have even more placements than is being presented.

That being said, these private playlists generally don't have any more than three followers on average so there isn't any insane amount of data and streams coming for it to make a difference.

YOUR NEXT STEPS FOR MUSIC SUCCESS

Boost Collective smashes all the paywalls and gives you everything you need to scale your music career for free.

Join the rebellion - we need you 👇