How Often Should You Release a Song? 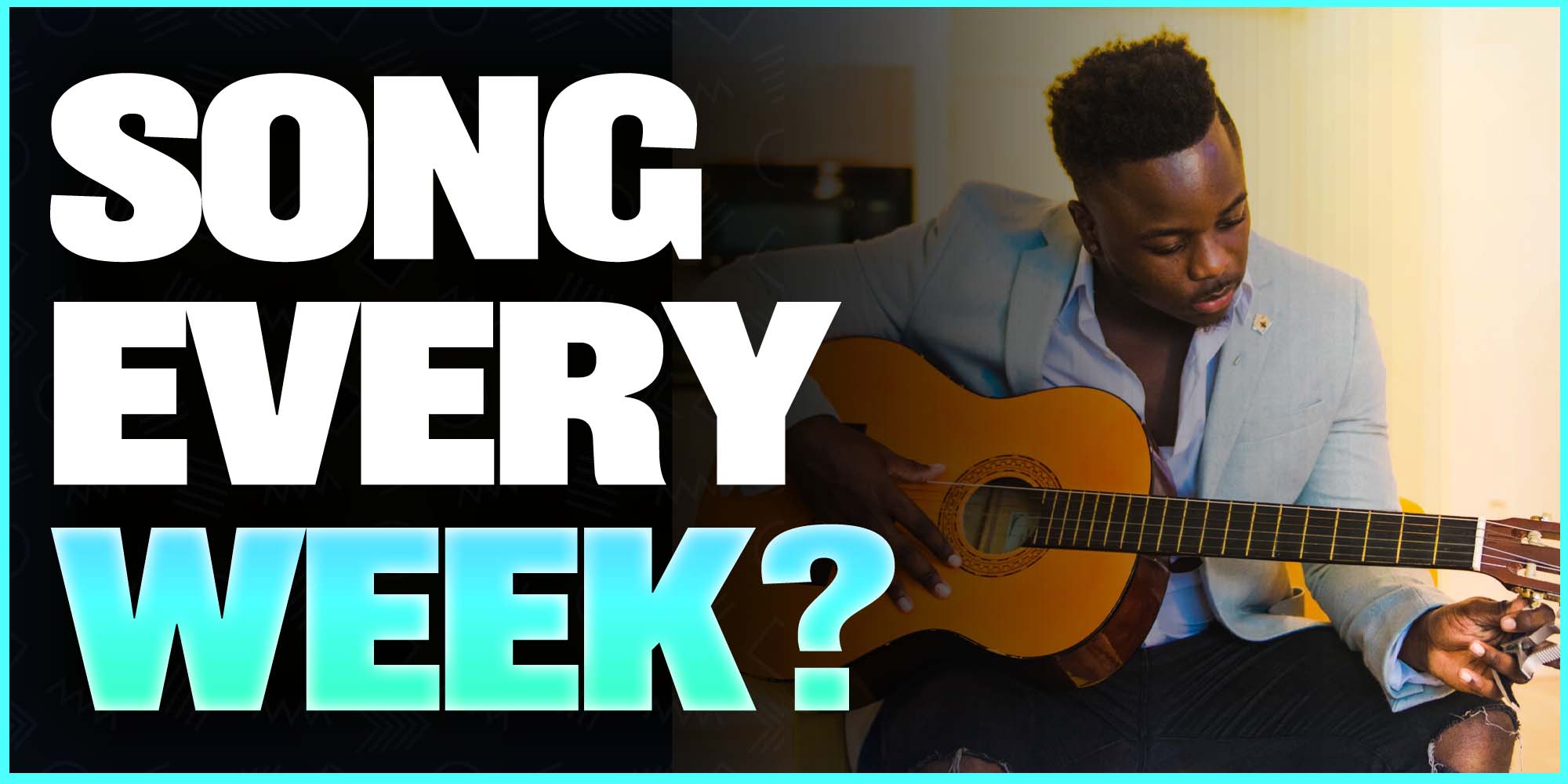 How often should you Release a song? Every Week?

It's a question that is always on our minds - how often should you release a song? Am I putting out too much, or too little?

In general, "dripping" songs out can be good for streaming algorithms. Every four weeks, a drip track should be put out.

Then, a new album can come out 8 months after the first one.

In the end, you'll get the highest results by releasing music 15-20 times a year.

When putting out new music, many of you try to find the "right time."

Music releases depend on so many factors:

But please don't forget that there are no magic numbers or tricks.

There is a mathematical advantage to release music to streaming services on a timely and consistent basis.

I think 2-4 weeks is a good amount of time between songs.

I'm not saying that you have to do that...

But this is the best strategy for releasing music.

Watch the video below for tips on releasing music! 👇

Putting out a new song is a wonderful experience!

That said, not every distributor is optimized for a biweekly new release.

If you want your release to go live on all platforms at the same time, it's best to use Boost Collective. They offer free promotion, and distribution and can release music in less than 2 days.

For your upcoming release, if you use a service like TuneCore or Distrokid, you're paying hundreds a year...

You'll never be able to recoup what you spent for your new song that way.

Tap below to see our distribution perks. 👇

The trick to dropping a new song a week

You should set up tracks to get on streaming services a month in advance.

That said... You don't need to drop music only one track at a time.

The trick is to have a calendar for when you release new music on platforms.

This makes the most sense, you'll have time to promote your single and still pitch to playlist curators and such.

If you need to have your music out by a certain date, we strongly suggest that you send it out more than 3 weeks before that date. (Example: Christmas song.)

As soon as 2 business days after distribution, Amazon Music and other streaming services will make preview clips of your release(s) available.

This will happen before your digital sales start date.

Why Friday is the best release date

The best way to win is by setting your upcoming releases for Friday.

In 2015, the music business made Friday the official day for new music to come out all over the world. This is when consumers are most active and receptive to artists.

Independent artists can benefit from putting out a new track every 2 weeks!

It doesn't need to be an album release...

But releasing singles is viable.

If you want to publish your music, you have all the options for a single date and time if you use a good distributor.

It's all about having a good Free Music Distribution platform!

The only time where it makes sense for releasing songs outside of Friday is if you have a very good reason to change the date of your release (birthday for example.)

New Music Friday is a playlist that gets updated every Friday with new songs.

Every new music playlist is active on Fridays! This is where a bunk of new artists build fans and grow their audience.

The new music Friday strategy is the best way to promote your project.

It was put together by our playlist editors, who come from all over the world and have different backgrounds.

If your song is on a Friday playlist, you'll be able to see the most recent and most popular playlists that include your song.

If one of your songs is in the top ten, it will be added to the playlist.

Tap below and submit to my team! 👇

Russ dropped a song a week

You you think it's not possible to release music ever week...

In 2015, Russ decided that he would put out one song a week on his SoundCloud to get more people interested in his music.

Two of these songs, "What They Want" and "Losin' Control," reached the top of the US Billboard Hot 100 at number 83 and number 62, respectively!

Most of his releases did nothing, but none of his marketing efforts went to waste.

Fast forward a few years, and the singer and rapper from Atlanta is now a multi-Platinum artist with a lot of plaques and several singles that have been on the Billboard charts.

The strategy of planning an elaborate story and campaign for your track is dead.

Global Release Day, which is also called "New Music Fridays," is a set day around the world when singles and albums of music are released.

As of July 10, 2015, new music was released on Fridays in more than 45 of the world's biggest recorded music markets.

With this change, new music will come out on the same day everywhere instead of on different days in different countries, like Mondays in France and the UK.

#1. Getting your song on release radar

Release Radar is a playlist that gets updated every Friday with new music.

The more music your release, then you'll be featured in Release Radar. This strategy can turn regular listeners into true fans.

Spotify automatically adds your music to Release Radar for you.

Bonus: If you pitch your music at least 7 days before it comes out, Release Radar will feature it in the first week.

If a person has already heard your song, they don't put it on their Release Radar (but we might include another song from the release)

Even though Release Radar is active every week, an artist can only have one of their releases in this playlist a month.

That means that you have 4 chances to get heard here!

Spotify has made it easier to make playlists and let people listen to a wider range of music.

It doesn't matter how good your song is, if the curator doesn't like it then it's never getting placed.

This can be a huge issue for your music growth strategy:

Independently curated music playlists can sometimes get a lot of followers, which can help an up-and-coming artist get a lot of listeners and streams.

The more songs you have out there, the higher your chances of getting featured.

If you have 100 songs, the curator has more to decide from, and can look past other songs for something they'll truly like.

Every Monday, Spotify puts out a "Discover Weekly" playlist, which is a mix of 30 songs chosen for each user based on what kind of music they like.

Releasing music frequently does a lot to boost an artist mostly listening. This can increase the chances of appearing on Discover Weekly.

Lots of albums don't get any love... Then don't appear in Discover Weekly.

A good idea is to drop a lot of standalone tracks.

Once you look past the industry nonsense of releasing albums, you'll see the power of dropping new things frequently.

Many artists that put out music on a bi-weekly time frame get WAY further!

Here are my best tips!

Just follow these steps and you will see success!

Collaboration in music is when two or more artists work together to make a piece of music.

Besides making a great piece of music, there are many other benefits to working with other artists.

Releasing collaborative tracks helps the drop be more successful. You have the promotion budget of two industry artists (you and the collaborator.)

Collaboration in music gives people the chance to learn, create, and pick up audiences.

You're releasing music to n it only your fans, but the fanbase of the collaboration artist too.

As an independent artist, exposure to a new fan base is essential!

In general, collaborations can help you learn more about music, get more fans, get more exposure, find new opportunities, and move up in the music business.

Check out online services like Boost Collective or ProCollabs to connect with other creative people in the music business.

Popular artists use YouTube beats to create an album.. Why don't you?

If you want to make an album, there's nothing wrong with using music from the internet

"No Flocka's" beat was found on YouTube by Kodak Black.

This makes your release so much faster, just get the beat and use it.

Instead of saving money and being overly critical on the price of the beat, you can set release days with ease.

Many producers don't mind giving away beats so they can get more attention and help make new songs.

There's nothing wrong with making songs with free beats because it helps you get better at your craft and puts out more content.

Want to get your music on new music playlists and get it heard?

Boost Collective is the #1 platform for music artists.

Here are a few of the perks

We can CONNECT you with collaborators and take care of all the tools and indie artist needs.

This way, you can create your song/video in peace and let us handle the rest!

Tap below and learn what we can do for you (for free!) 👇

Depending on how many songs you want to record, you'll need to book and pay for a certain amount of studio time.

Buying more studio time will let you complete an album faster. Not only can you get a discounted rate, but you'll be more active in finishing your music.

The process of making music is hard and long... You can't afford so many rest days.

Putting out a song every other week or album every 3 months isn't that crazy.

If I can climb Mount Everest faster than you can put together an album, then you've got bigger issues...

T put out a song every other week, you should hit the studio at least weekly so that you're financially pressuring yourself to put out music.

Once people are playing/listening to your music then it's all worth it!

"The way it's done" in hip-hop is for one producer to handle an entire album.

This is a dead and toxic concept.

You can still tell your story and work with many producers. Artists almost always work with more than one producer to make albums/tracks now.

This has been the case for a while!

For all your released music, if you have different producers then you don't have to worry about the back and forth bureaucracy.

Just find some good producers in your genre, then focus on making different tracks with each one.

If any producer falls behind schedule to market your track... You can still get the other track released to Apple Music!

Now I hope your question of 'How often should you release a song'? is answered - it's all about nuance!