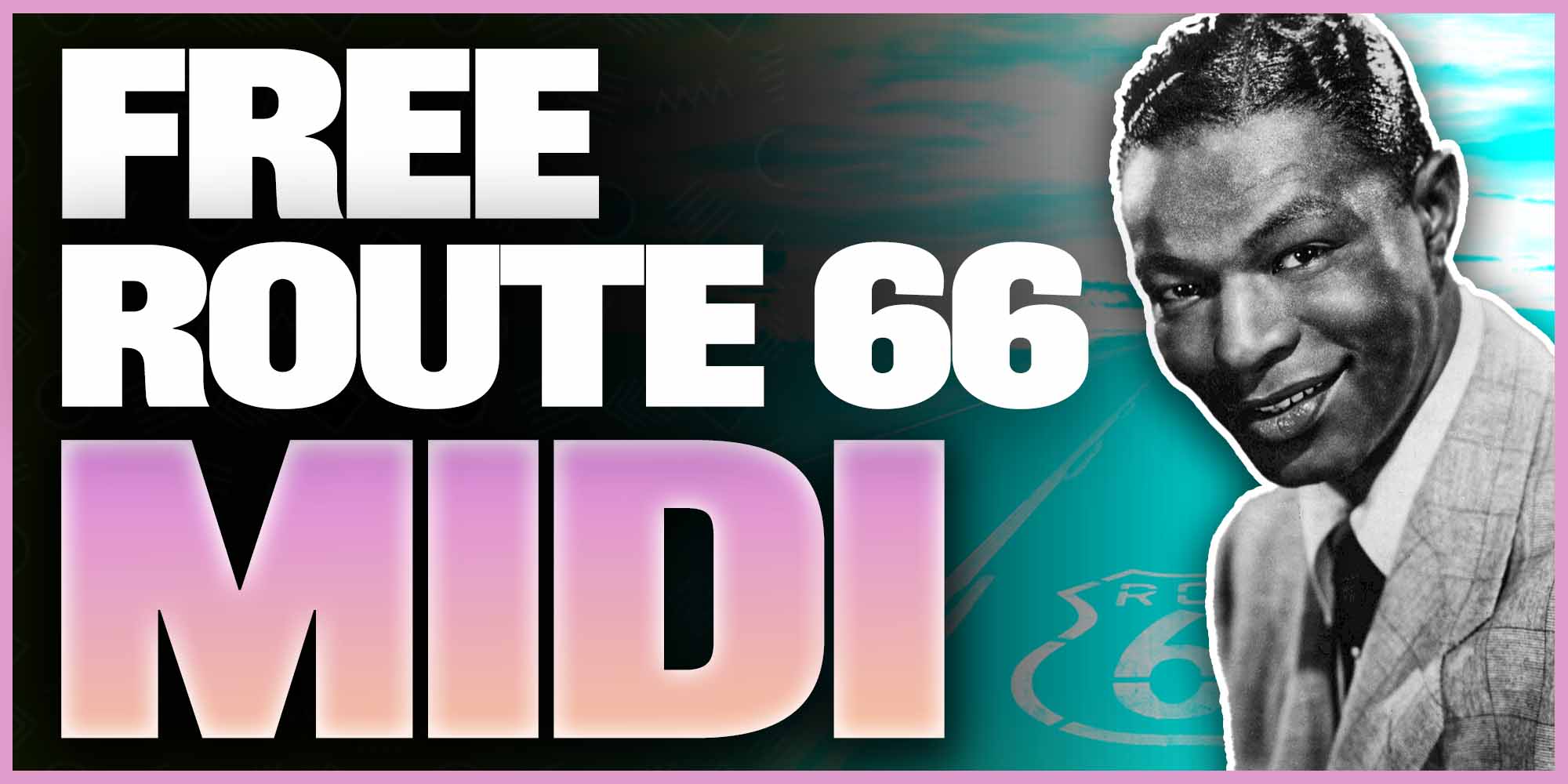 Bobby Troup wrote "(Get Your Kicks on) Route 66," better known as "Route 66," while taking a cross-country trip on that highway after World War II.
The song has been made into hundreds of different versions! Many artists covered this song and build its notoriety.
Nat King Cole was the first person to record it in 1946.
Now is the time to take stock and get the Route 66 MIDI!
Tap below to download the free Route 66 MIDI file! 👇

Believe it or not, there are SO many remixes to this song!

Since this song is old, it's lived the test of time and received accolades from others famous artists.

Here are the best cover versions I've heard so far!

Listen to the Join Mayers version below! 🔥

Bonus: Along with the James Bond Theme MIDI, I have 1000+ Free MIDIs for you!

The original version that Bobby Troup gave to Nat King Cole is the best.
All the others made changes that were sometimes small and sometimes big.
They changed or got rid of town names and mostly ignored the jazz style of the 1940s.
I agree that those versions were different and artistic, which made them popular with music fans at the time.
However, like the music of the Beatles and Elvis, nothing can replace the lyrics and music of the original songs.
Natalie Cole, who is NKC's daughter, also sings the song well.
She has a very nice voice.
She knew how to make a song her own by making love to it.
It was fun to hear her sing it, and it made you want to go out and find the Mother Road.

We're on a mission to change what is possible in the music biz and we need you!