How to Make a Music Video by Yourself!

How to make a music video by yourself, fast and easy

Knowing how to make a music video by yourself in this day and age is super important.

When you can make videos on your own, you'll save time and get further in your music career!

Which video editing software should you use?

In order for you to make the best music video - you need to have the best view editing software.

I use VEED to edit my music videos online!

It's quick, easy, and affordable for every musician.

If you're just starting off then VEED gives you the tools to perfect the craft and make professional videos.

This is an important step in your music video release strategy!

This is a given whether it's your first music video or your 100th video.

It might be daunting trying to find the best video edit software though.

There are so many different music video software out there!

You will never really know which one is best for you & your music video creation process.

Not to worry anymore - your music video struggles are gone!

Here I'm breaking down awesome video editing software and showing you how to make a music video by yourself.

If you want a free music visualizer done automatically for you for free (as well as free music promotion and distribution), check out our platform:

A music video is a large effort.

To get anything done when making music videos you need to have some sort of structure.

This way when you use the Music Video Maker you'll know how to proceed with edits!

Fortunately, there exists a formula to make a music video.

This is used by top video production professionals in the music industry!

Not only will your music career advance from following this set structure - you will be able to make a music video in the most simple, fast, and efficient manner.

Making a music video without the help

This is how how to make a music video by yourself:

I'd like to start with Final Cut Pro if you want to make really nice music videos. 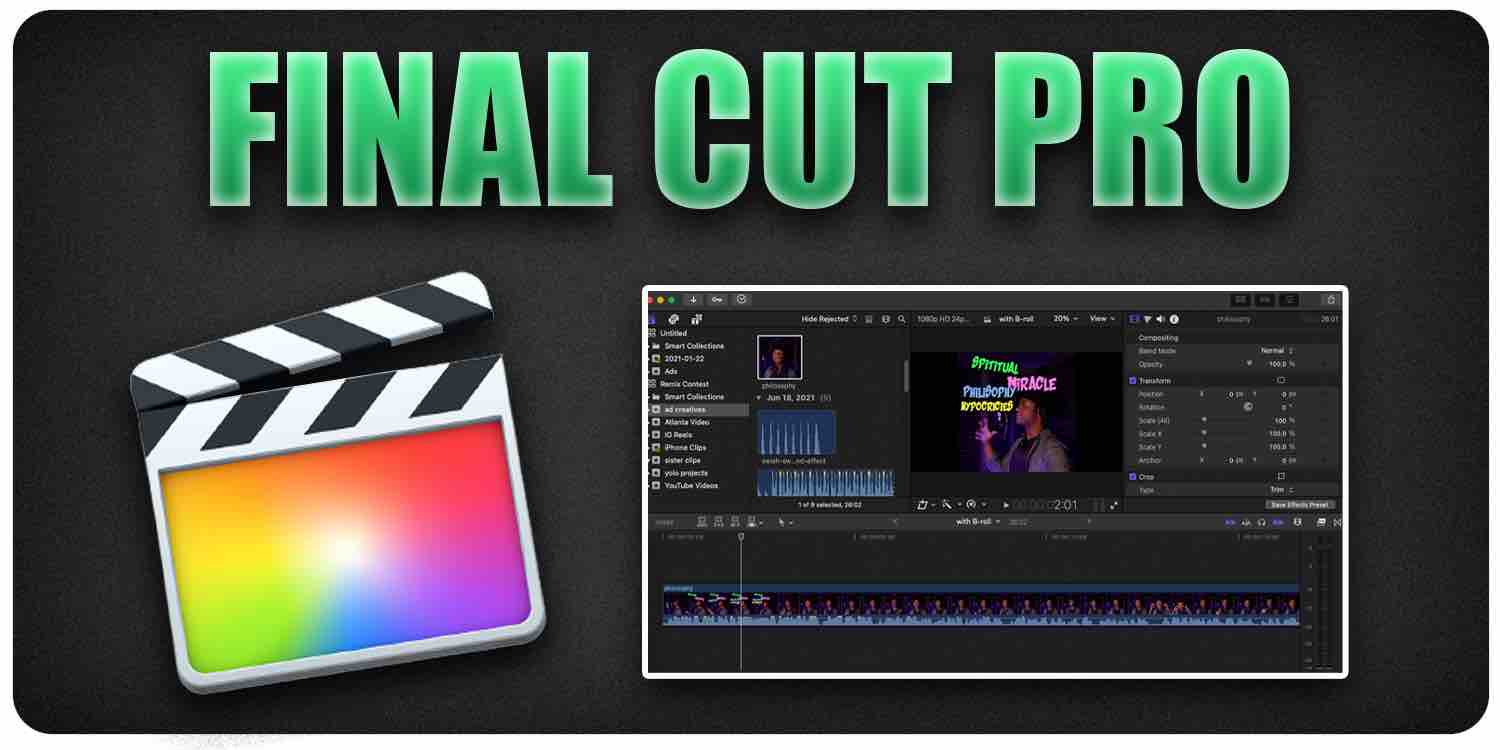 I personally use FCP to edit a music videos.

Final cut pro is very user-friendly so it's great for your very first music video, don't worry if you're a beginner.

The process for video making on Final Cut Pro is extremely simple and has a nice workflow.

Another benefit of using Final Cut Pro is that the video footage is all sequenced together in one continuous flow for the final video.

This software is way better than old stuff like a windows movie maker.

The price is hundreds of dollars though.

Ditch windows movie maker - Premiere Pro is where it's at. 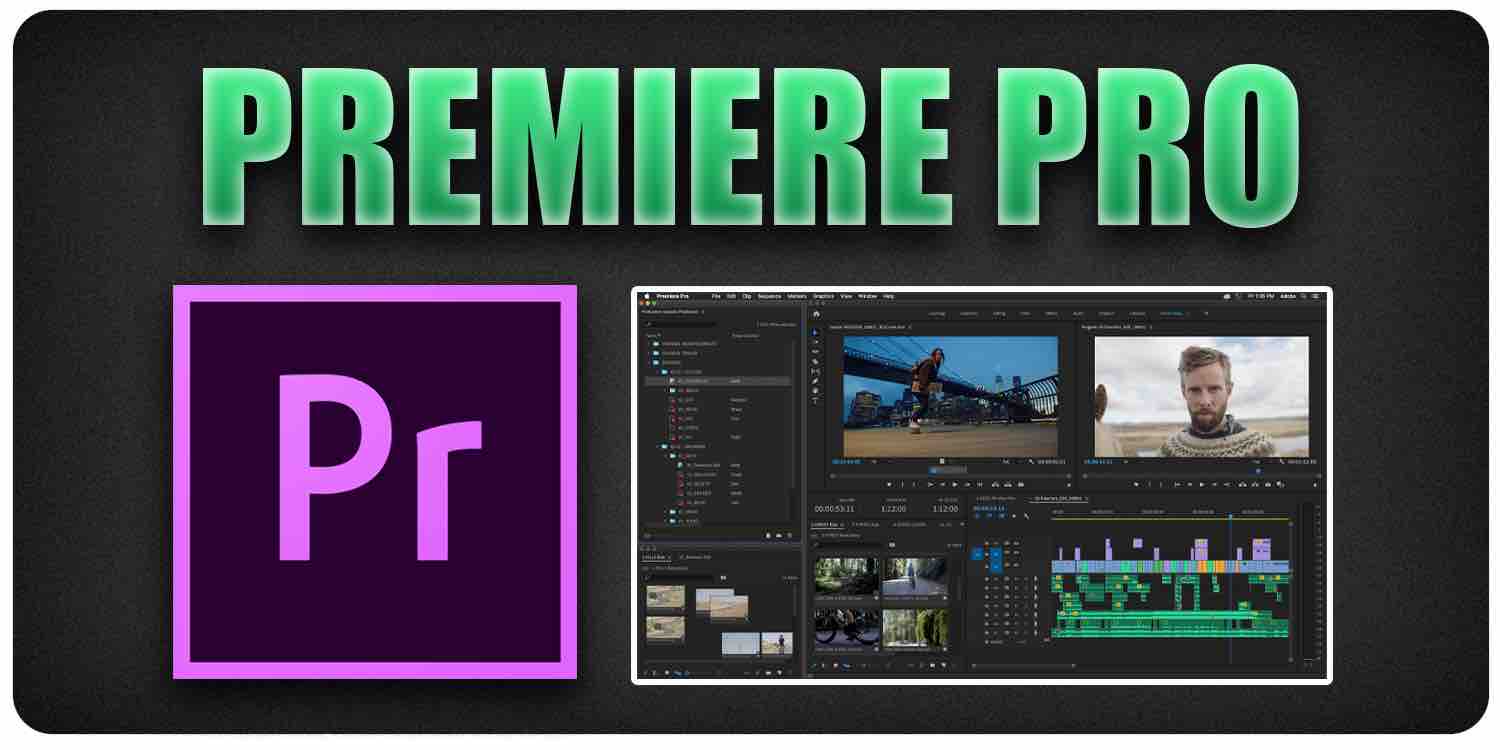 Make your cool music video using this video editing tool will only cost you $20 a month!

I personally use this during my video editing process - there are many cool effects you can use ingrained in the software.

No worries, youTube has a bunch of tutorials that show you how to make a music video by yourself as well such as this one:

If you want to make a music video but don't have a strong computer... Don't worry. 😉 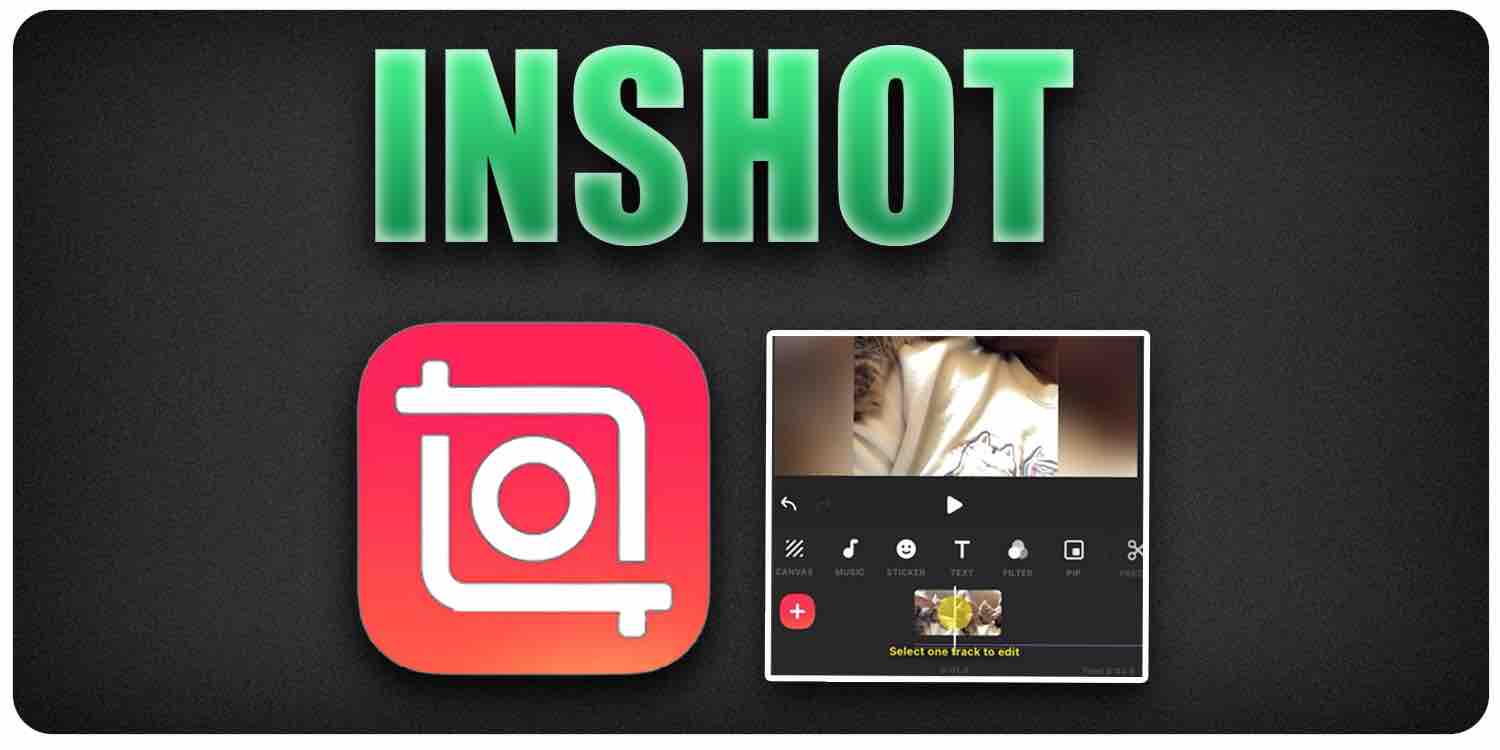 I've got video editing software for your phone!

This professional music video editing software is called InShot - you can download it from the App Store and make a video instantly.

I've used it to make a lyric video before.

To start your first music video, just add the music track, then edit the footage to create a finished video.

And the best part...

It only costs as much money as a cup of coffee to you create an entire music video on InShot!

If you're learning how to make a video by yourself for the first time then this is the professional music video edit software for you.

It takes a few moments to create an entire video out of an audio track and some video footage.

A big struggle when it comes to filming your own Music Video is having all of the logistics together.

So long as you can take control of these main factors then you can create a professional music video: 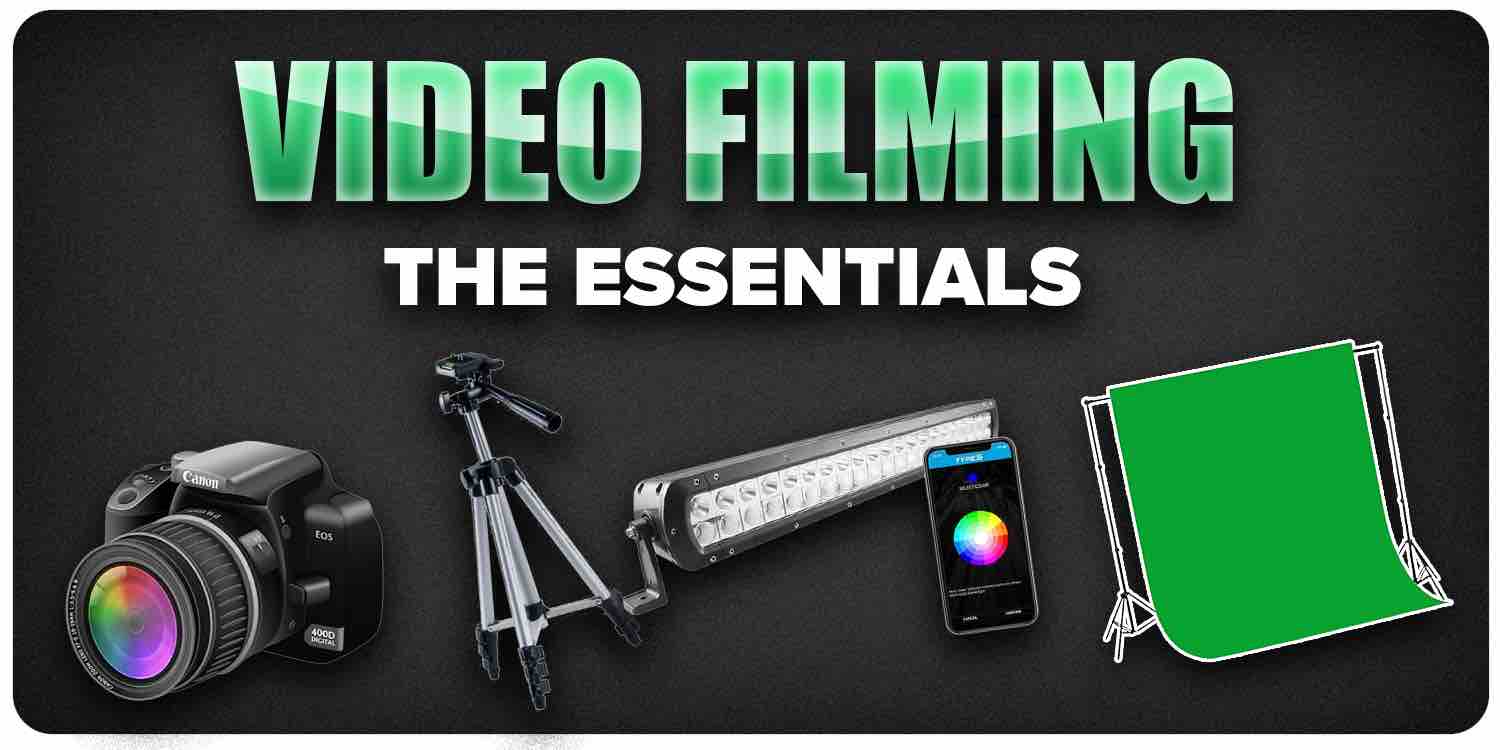 This probably sounds overwhelming and not necessarily free.

That isn't the case though.

This is because it's practically free to record your music video outdoors.

Not to mention, there's a lot of free professional music video edit software I mentioned above that you can use.

Should you hire a video editor FOR YOUR MUSIC VIDEO?

To hire or not hire, that is the question.

To create music videos, you don't necessarily need to hire an ultra-professional editor.

If you're promoting a music video on Youtube then it's important to strive for quality.

If your fanbase is relatively small they care more about the authenticity of music videos rather than the production quality.

As a matter of fact, you can even sh music videos at a neighborhood park with your iPhone!

Be your own video director

The most important aspect of making great music videos is having an awesome music video shoot director.

A big difference between filming with a record label versus filming with yourself and your friends is that you need to play all the characters.

You've got to be your own:

For reasons such as this, it's extremely difficult to get the best shots unless you're in control creatively.

The best bet is to direct your own music videos so that you have an idea of how the best shots will look in the end.

do you even need to make your own music video?

Making a professional music video is a lot of work - Is it worth it to make a music video by yourself?

Your music career is a long process and your very first Music Video is a huge milestone in that.

With that being said it may be worth it to invest your time and effort and other stuff!

Let's say you and your band members are playing a live gig.

It might be easier for the band playing to focus on performing and then getting a video director to take care of handling the video camera and video footage. 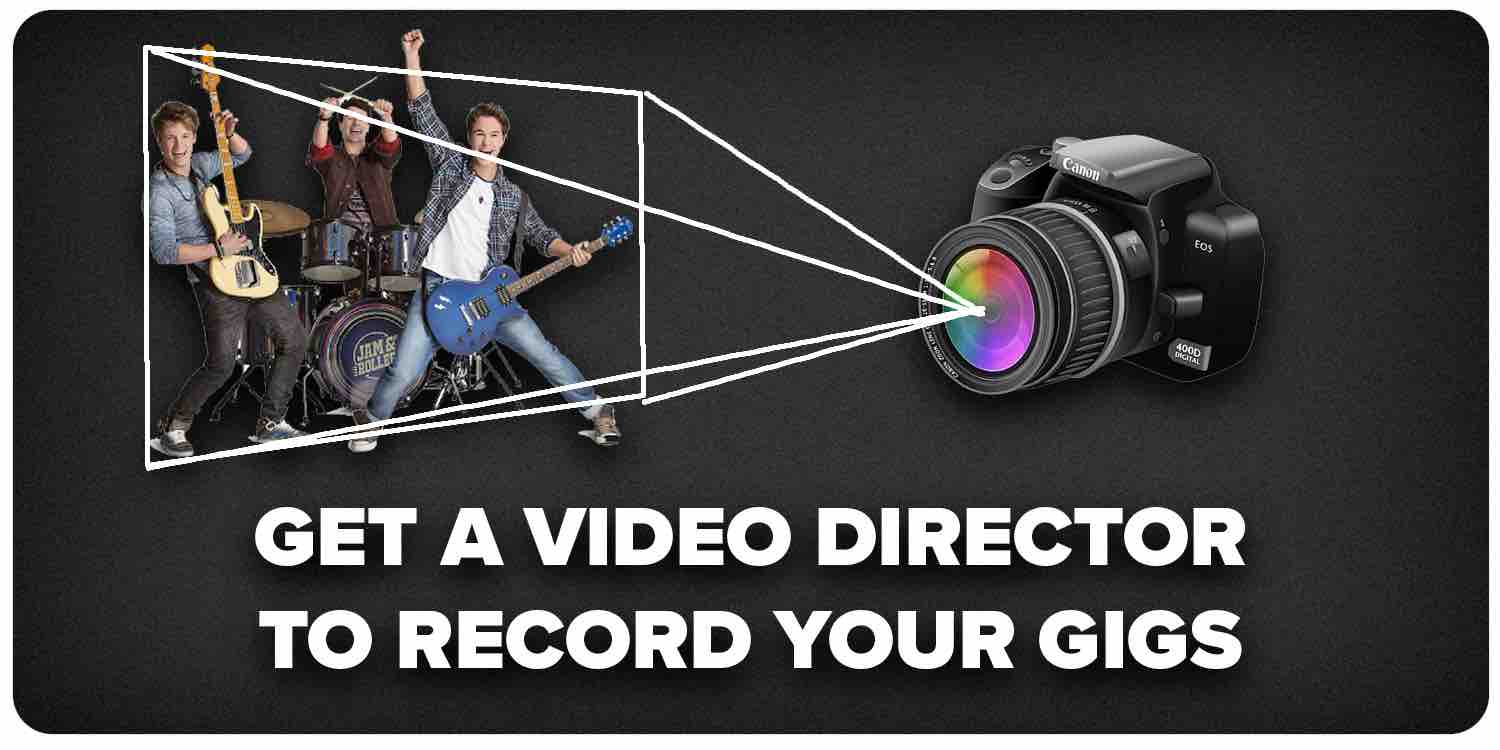 This way as a musician you simply focus on the band performing well in the whole video will be created on the side.

Having a live performance is a great scene to have in your music video when it's posted on YouTube.

It used to be extremely expensive to edit, create, record, and put together a professional music video.

In the current day, you can just hit up your friends and shoot it easily for less than $200!

As long as you have a good shooting location and different angles all you need to do is record the band playing some music.

In some cases, it's cheaper!

How to get a good filming location

It's hard to find a great location to make a music video at.

Sometimes your video concept includes getting different camera angles and having your band performing at more than one location.

It can be a struggle to get footage if you aren't allowed at any shooting location.

A dip I always use to make a music video add an awesome location is to reach out to the venue owners and tell them we are happy to get promotional footage for their venue.

This is a great way to find a nice location to shoot at because businesses want to make as much money as they physically can.

Feel free to reach out to multiple businesses so that you can film at their location!

It's worth it to walk to the location and greet them in person.

Best practices for your music videos

Do you get the best scene recording with the audio, you are the best filming practices for your clips idea:

I hope you now know how to make a music video by yourself!