Get Your Song on Spotify Release Radar (3 Easy Steps!) 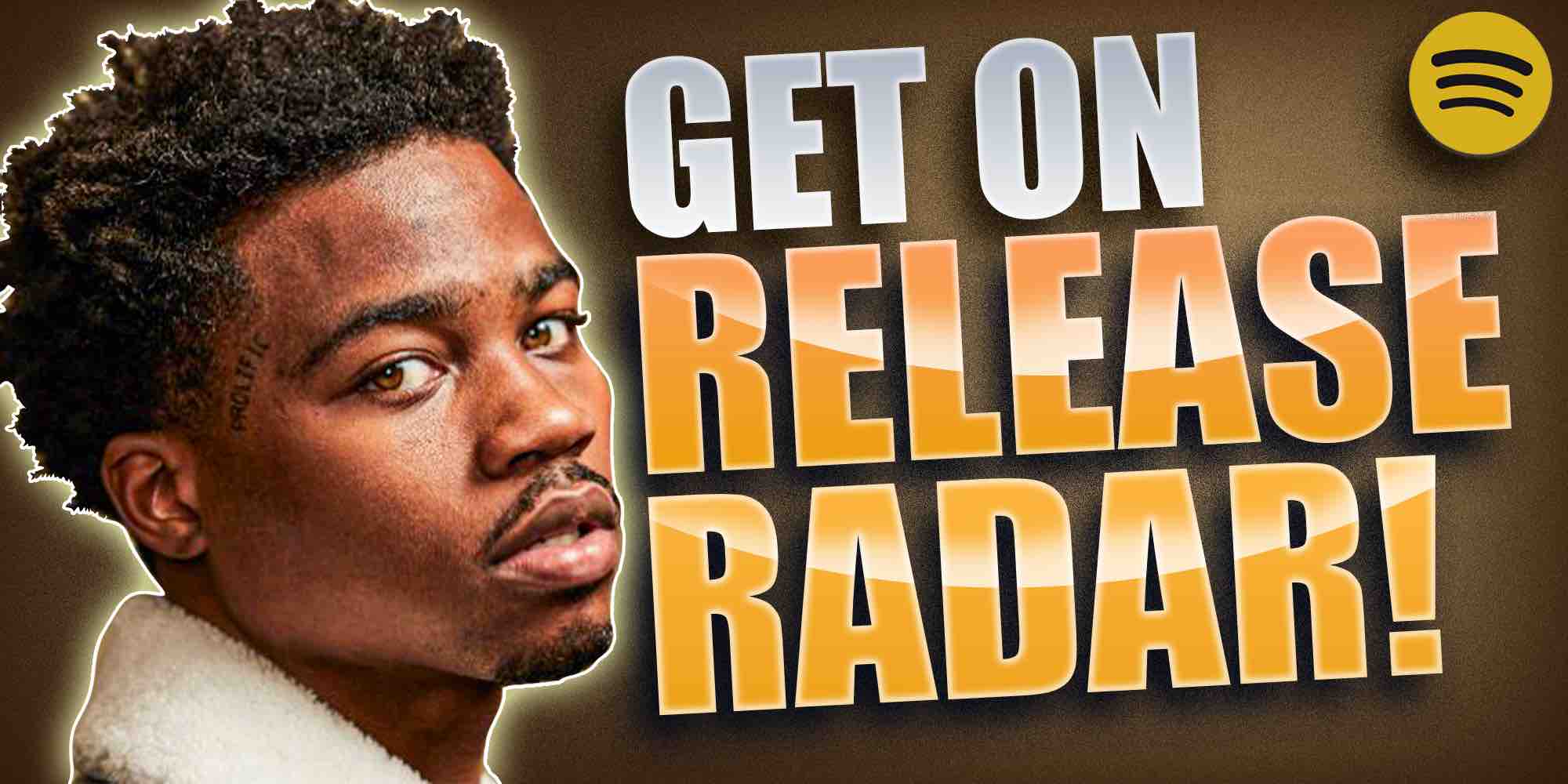 How to get your song on spotify release radar, fast

We all know it's not easy to make it in the music industry, but knowing how to get your song on Spotify release radar will change that fast!

Getting organic streams and exposure on Spotify is a process.

It can take quite some time before music artists can see an audience build and gain gradual exposure on their songs.

The primary way you can start to consistently see steams on Spotify...

Is by getting on people's Release Radar and Discover Weekly playlists.

Release Radar is a sure-fire way you can increase those listening to your music!

It's a myth that Spotify's algorithm can't be influenced to increase your odds at getting on the Release Radar & Discover Weekly.

Labels do it all the time to maximize their artist's reach.

There are some simple and definite steps you can take that'll drastically improve your odds at making your track appear on people's Spotify Release Radar and Discover Weekly playlists.

Bonus: submit your music to my Spotify Playlist for FREE below! 👇

What are Discover Weekly and Release Radar playlists? 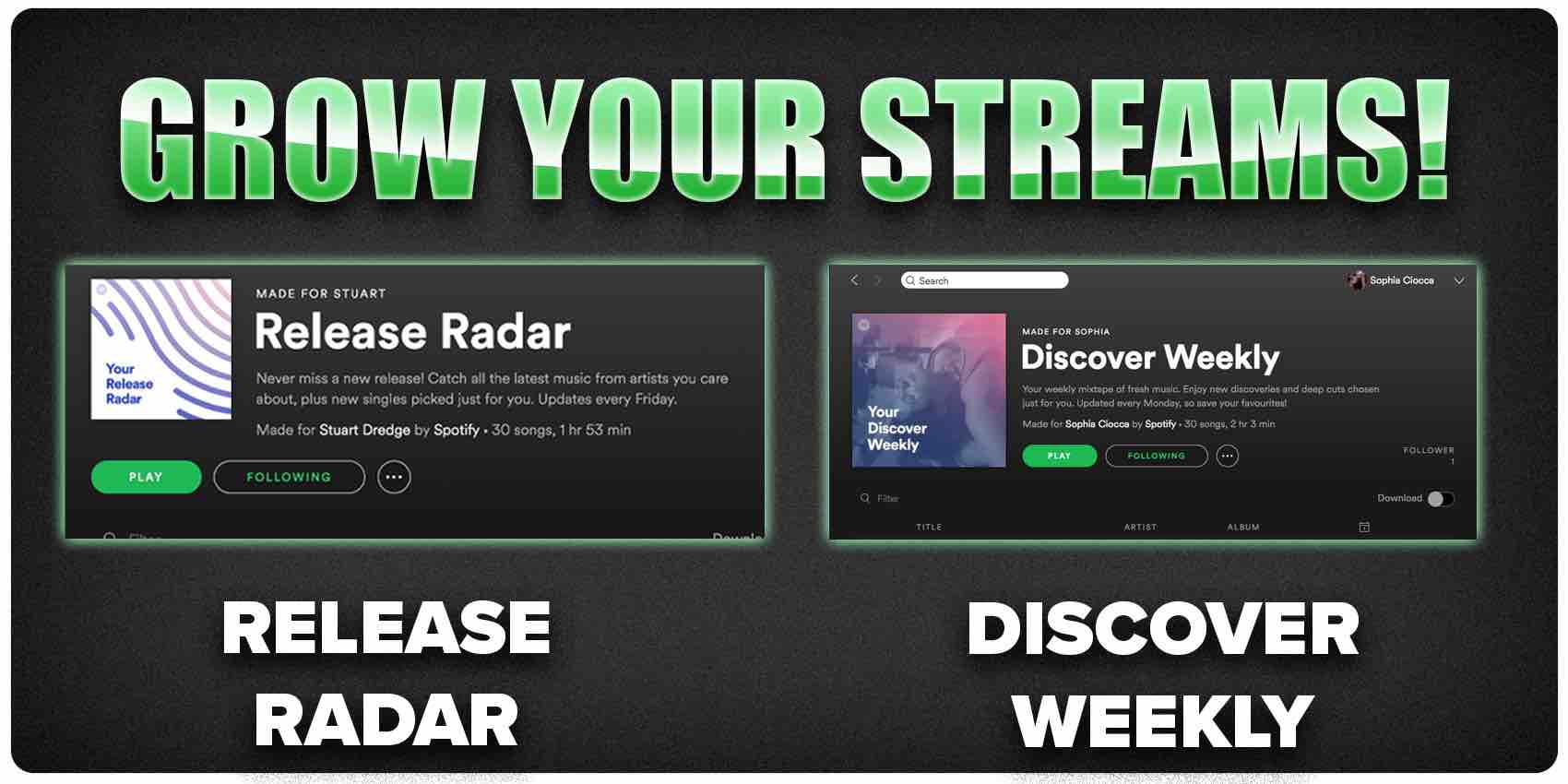 These are curated playlists Spotify auto-generates every Friday for every Spotify user.

Depending on what the user listens to, Spotify will update these playlists with relevant music from artists that the Spotify listener is most likely to enjoy.

Millions of Spotify users discover new music through these playlists, and ensuring you get on their curated playlists is a sure-fire way to grow your streams.

Discover Weekly is simply a collection of music Spotify's algorithm thinks you'll like depending on the music you already listen to.

The Release Radar playlist contains newly-released music from artists you follow as well as other artists similar to the ones you listen to already.

It's important to know that these playlists like new releases that a listener is most likely to play on repeat and add to their 'liked songs' playlist.

These are our sure-fire artists can get on as many people's Release Radar playlists as possible! 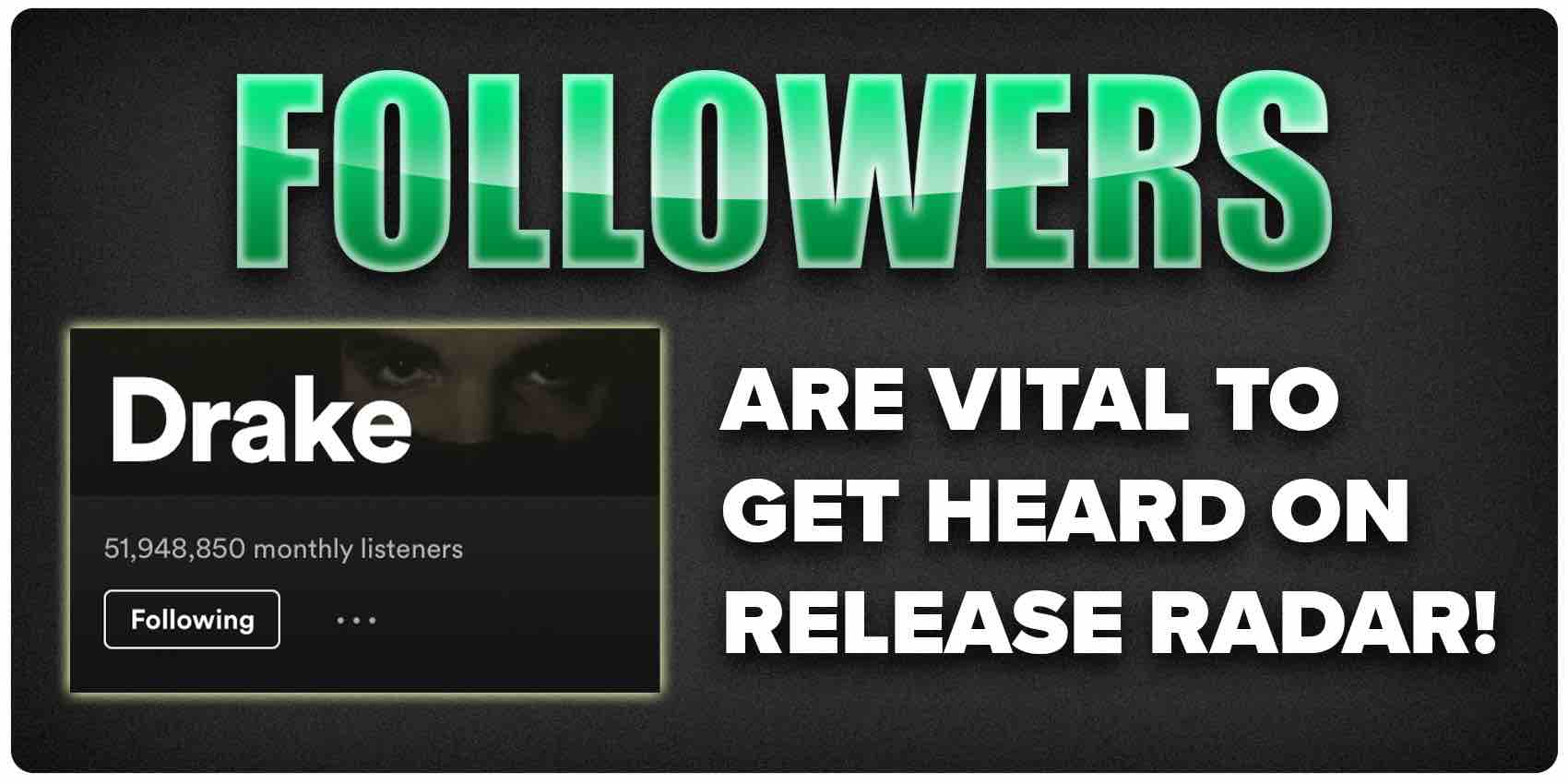 When your fans follow you on Spotify, they will automatically get your music appearing on their Release Radar as soon as it releases. The more followers, the better.

This is how artists get an initial boost in streams when they release a new track.

Since they have hundreds (if not thousands) following them on Spotify, all getting the new song served to them as soon as it drops.

Getting people to follow you on Spotify can be done through a variety of ways.

Getting your new release on playlists like seen through marketing services can drive followers.

Even something as simple as posting on social media to get your fans, friends and family to follow you is a good place to start.

Get Your Music on Spotify Playlists

Making sure that your song gets on real and active Spotify playlists consistently is a great way to drive up Spotify followers and thus increasing your Release Radar coverage.

Bringing in new people from playlists, liking your music, following your artist page, and then being served your music on Release Radar is one way how you can be discovered by new fans.

Check out Boost Collective's free Spotify promotion here - our free-to-use platform is a must-join for all independent artists:

Get Your Music on Discover Weekly

Getting on people's Discover Weekly is easier than you think - it's just key that you follow all the steps outlined in order to get peak engagement.

The biggest thing keeping you from getting on Discover Weekly is that you're simply not releasing music often enough!

Spotify algorithmic success is at its highest point when you're putting out new music every 2 weeks to every month at the very least.

We've found that independent artists putting out tracks once a week on the platform gets the highest chance of algorithmic engagement.

The more music you release, the more chances you have at Spotify picking up these songs and adding them in people's Discover Weekly and Release Radar playlist, and therefore getting more people streaming your tracks. 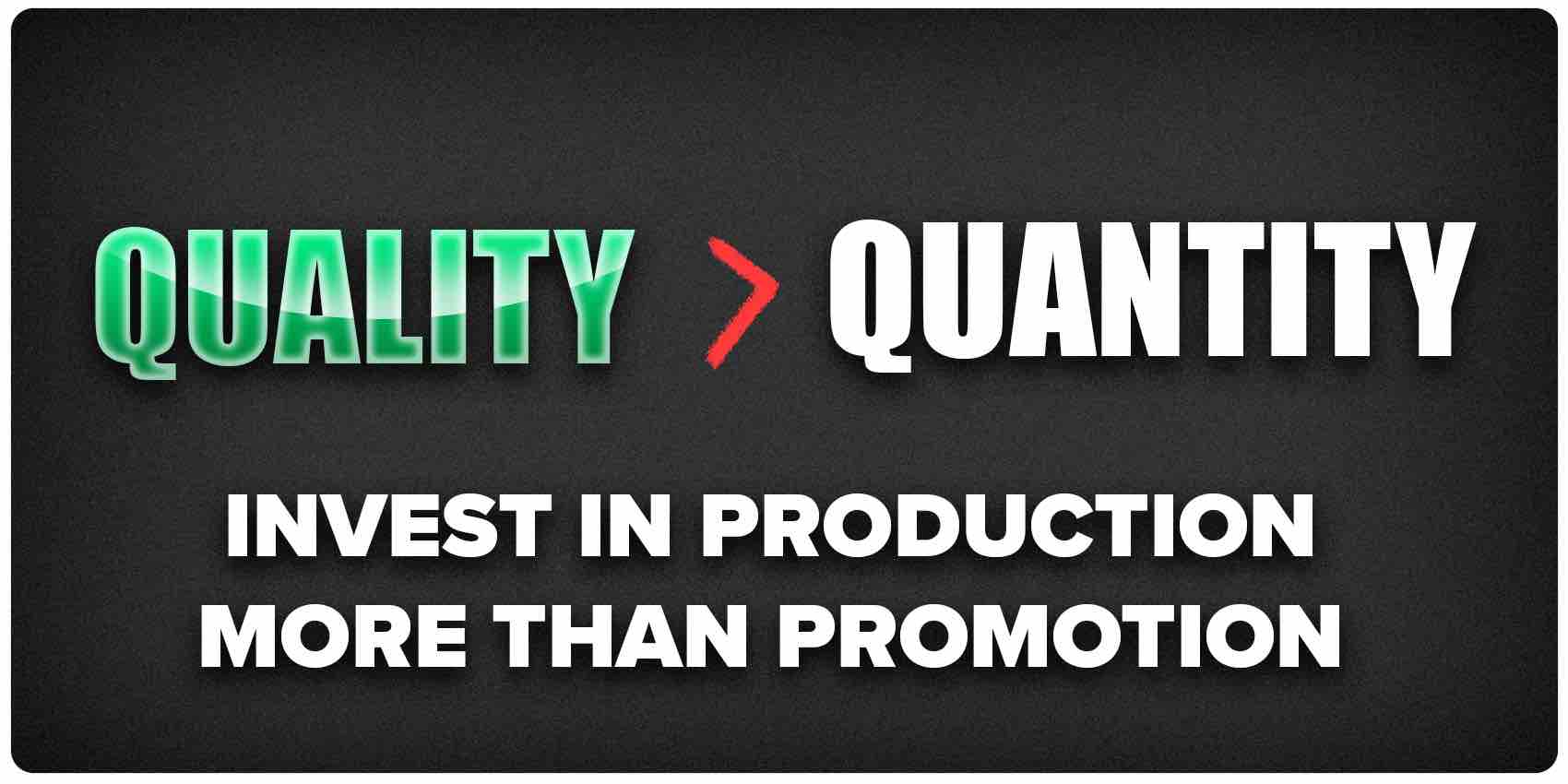 Just because you need to release music often doesn't mean you can overlook quality.

Labels tend to put an emphasis on quality more than independent artists, and thus why label-released music tends to get on the Discover Weekly and Release Radar playlist.

And I know it's cliché - but as a music artist to make sure your music sounds as good as the top artists in your genre.

If your music isn't up to par, Spotify keeps it from getting discovered.

The longer the average listen time is on your music, the more likely Spotify is going to recommend it to others.

And the only way people are going to listen your whole song through, is if it's good quality music.

One of the more unknown benefits of investing in organic Spotify promotion campaign is that it increases your odds at getting on algorithmic playlists.

It's important that you get real & organic promotion that gives you real listeners, like Boost Collective's Spotify promotion.

This is because you'll get exposure by getting featured on relevant, active, and targeted Spotify playlists to drive new listeners to discover your music.

Such a platform will give you a head-start in getting followers through playlist exposure.

This encreases those listening to your music.

Fake streams and promotion must be avoided at all costs though!

It can also get your song or Spotify account taken down.

Put Yourself in The Mind of a Spotify User

It's clear that getting on these two auto-generated playlists will boost your exposure and streams organically.

Tt's simply a matter of consistently following ALL (not some) of the steps outlined.

In order to get your songs heard, you need to put yourself in the shoes of the users of the Spotify platform. 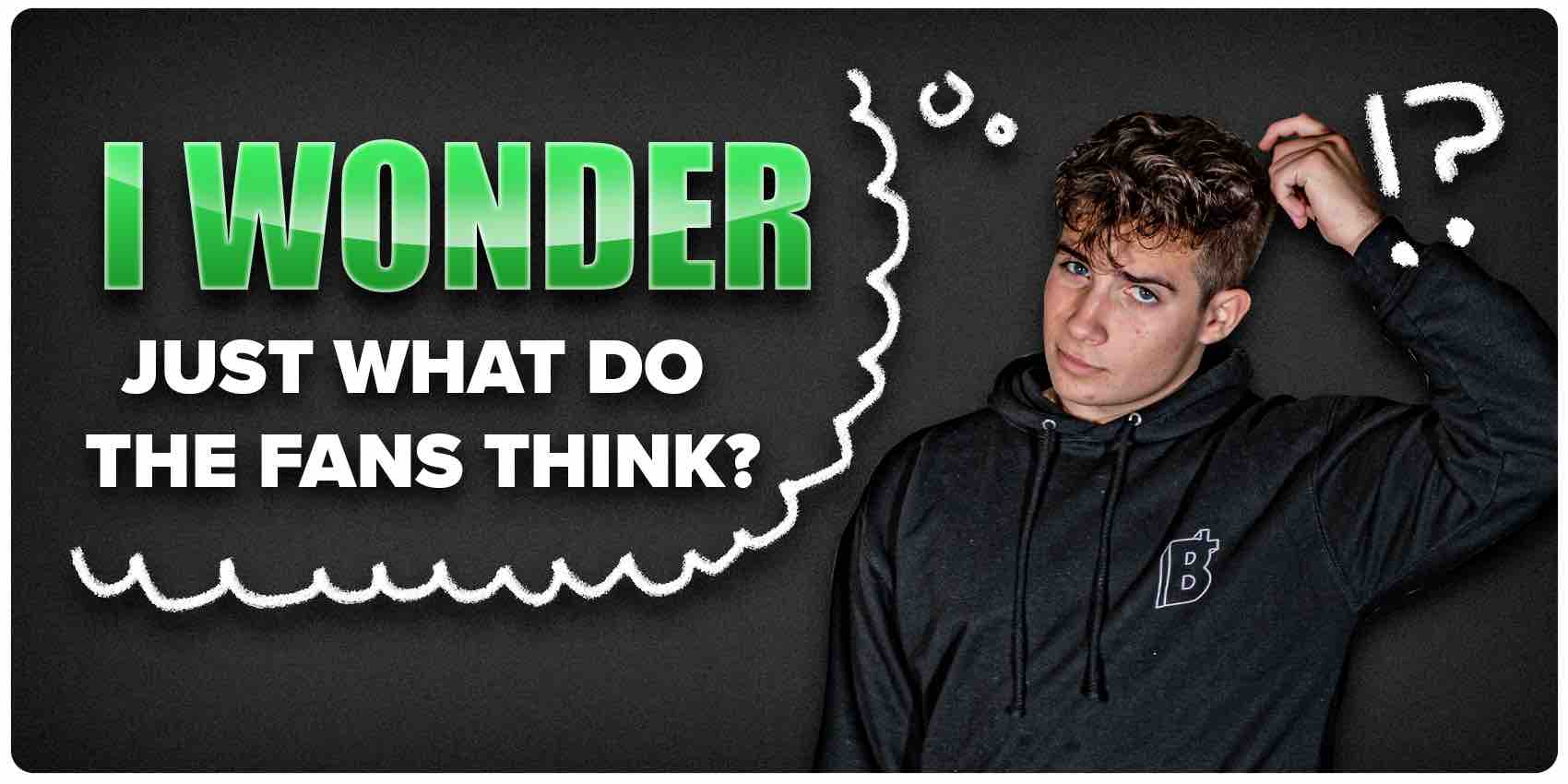 What other artist do theses users like? What playlist are they listening to?

A Spotify user will give you all the data you need to make strong promotion decisions.

Reaching out on social media to your fans is a good place to start.

This data is key for pulling ahead of other artists that are also competing to get on the Release Radar/Discover weekly playlist.

How to get more streams on spotify

Growing your audience on Spotify's platform can appear to be tricky.

To grow your Spotify streams you mist release often, pitch to playlists, push  fans to follow your Spotify account and using Spotify promo services. This will all help you get more listeners streaming your songs day in, day out.

Put these strategies together and execute all of them on a consistent basis.

You'll be getting your new music in front of new people in no time!

I hope you now know how to get your song on Spotify release radar!