How Old Is John Summit? The DJ's Real Age Revealed! 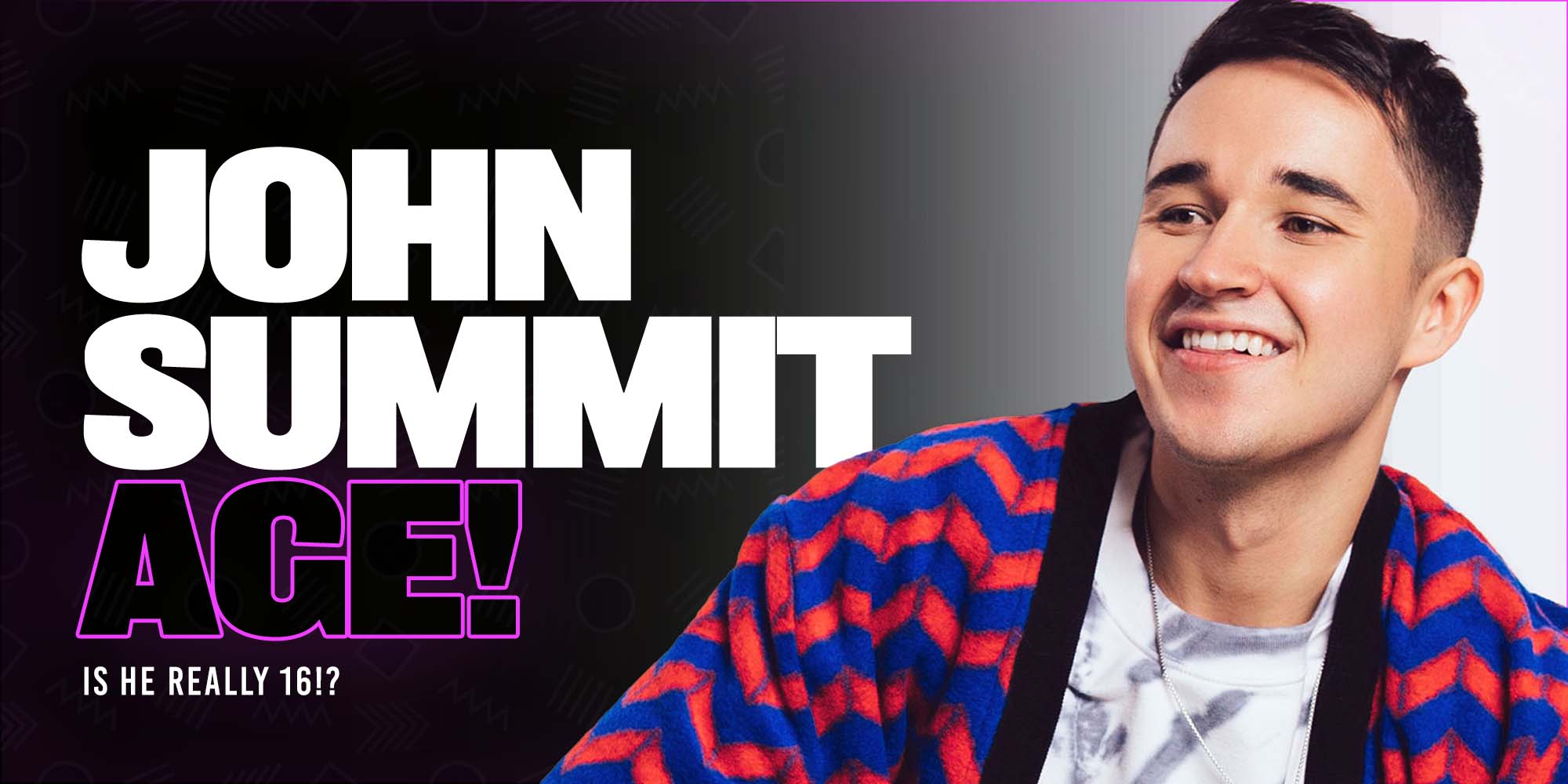 Despite his youthful appearance, you won't believe how old John Summit is...

The age of DJ John Summit has piqued the interest of many fans following his Coachella debut earlier this month.

As many of Summit's fans are aware, he has previously claimed to be in his teens on social media, so then... inside joke right?

John Summit's age and professional history are revealed as we learn more about the artist.

Where The Joke Started From

John explained how the joke about him being super young started:

“I was getting asked all the time like how old I was, and I did use to give a serious answer, but then I just started saying I’m 15 because I thought it was funny.”

John then went on to say that he “just rolled with it,” after his age on google was listed as just 15 years old!

Good for you John! You're so young looking that when you're 80, you'll probably look like you're 50!

His age was recently highlighted in a DJ Magazine story, which coincided with the publication's March edition featuring him on the cover.

Summit also previously revealed his age in a previous tweet, which he shared on the occasion of his 25th birthday in 2019:

today i am 25 and hungover 😎 pic.twitter.com/CMnm1IKCrD

His birthday is in July by the way!

Twitter hasn't held back with John about his age.

Here are some of our favourite tweets about John Summit being a young buck!

I’m getting you a car for your 16th birthday

Time to get your drivers license John, Riffa has elected to purchase your first Lamborghini!

Thanks to the DJ's amazing skin care routine, a joke started in which fans denoted John Summit's age to be 16 years old.

We'll be sure to update you on John's moisturizing routine when it's fully revealed.

Perhaps John would up for a GQ type video with us to clear it up for everyone!

With hits like La Danza, Human, Deep End and more... John has racked up hundreds of millions of streams on all platforms.

On top of touring, (John played Coachella recently) it's safe to say that he's racking up some serious money through shows.

If you're a producer that makes tech house music... you probably envy John just a little.

We decided to go ahead and create a John Summit sample pack with some great free downloads to help you capture the sound!

Make sure to check it out!

Alternatively we've made sure to cover a killer Chris Lake sample pack along with an Acraze Sample Pack with awesome free downloads.

In his words, "I'm a firm believer that you can learn anything at your fingertips, whether it's a foreign language, an instrument, code, or anything else you can think of."

As a self-taught artist, Summit cites YouTube lessons and other resources as his primary sources of inspiration and knowledge.

The 10,000-hour guideline was scrupulously followed, and I just worked on it all day, every day.

He followed his parents' advice and sought a practical vocation in between those 10,000 hours.

He decided to study accounting at the University of Illinois. Despite his knack for statistics, course work was clearly pushed aside in favor of beat-making.

"I'd spend eight hours a day on Ableton, and four hours before the test, I'd realize I hadn't even opened the book," he recalls of being pulled in two ways.

"I did, however, graduate." Curtis Jones, alias Green Velvet, a U of I alum, offered as an example of what might be accomplished if he simply put his mind to it.

"That's where he got his Master's degree in engineering."

"I got my master's degree in accounting there," Summit recalls, drawing parallels between himself and his hometown hero.

"He continues to be a huge source of inspiration for me."

"It's incredible that he was able to get his degree while still in school and develop 'Percolator.'"

Now you know how old John Summit is!