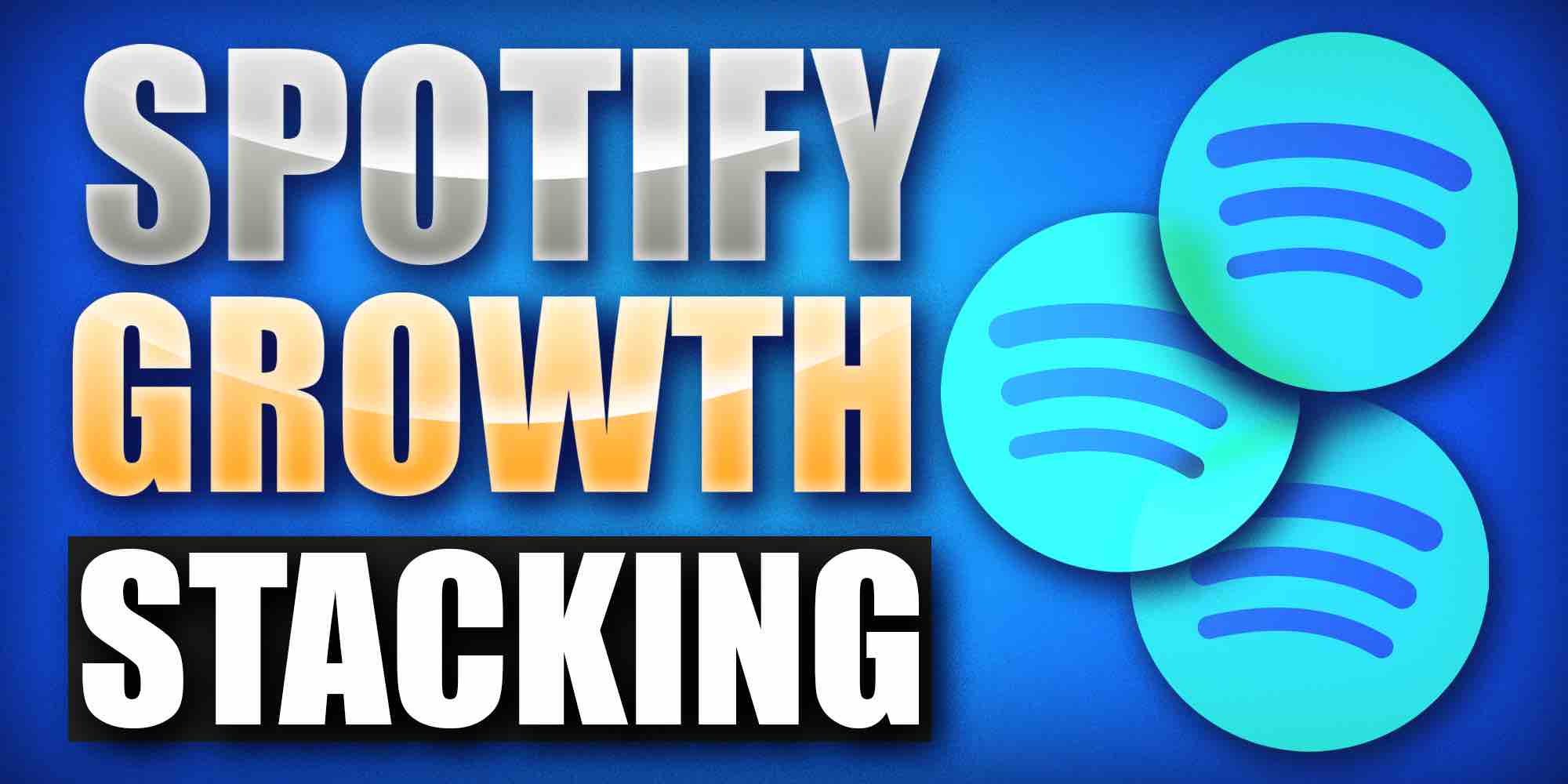 How I 4x my streams with ½ the work

I'm gonna skip all the fluff.

Here is the no-bullshit method to growing on Spotify (it's called Growth Stacking.)

Why should you listen to me?

Honestly, I used to be in the EXACT exact same position as you...

Tired and overwhelmed with Spotify promotion. 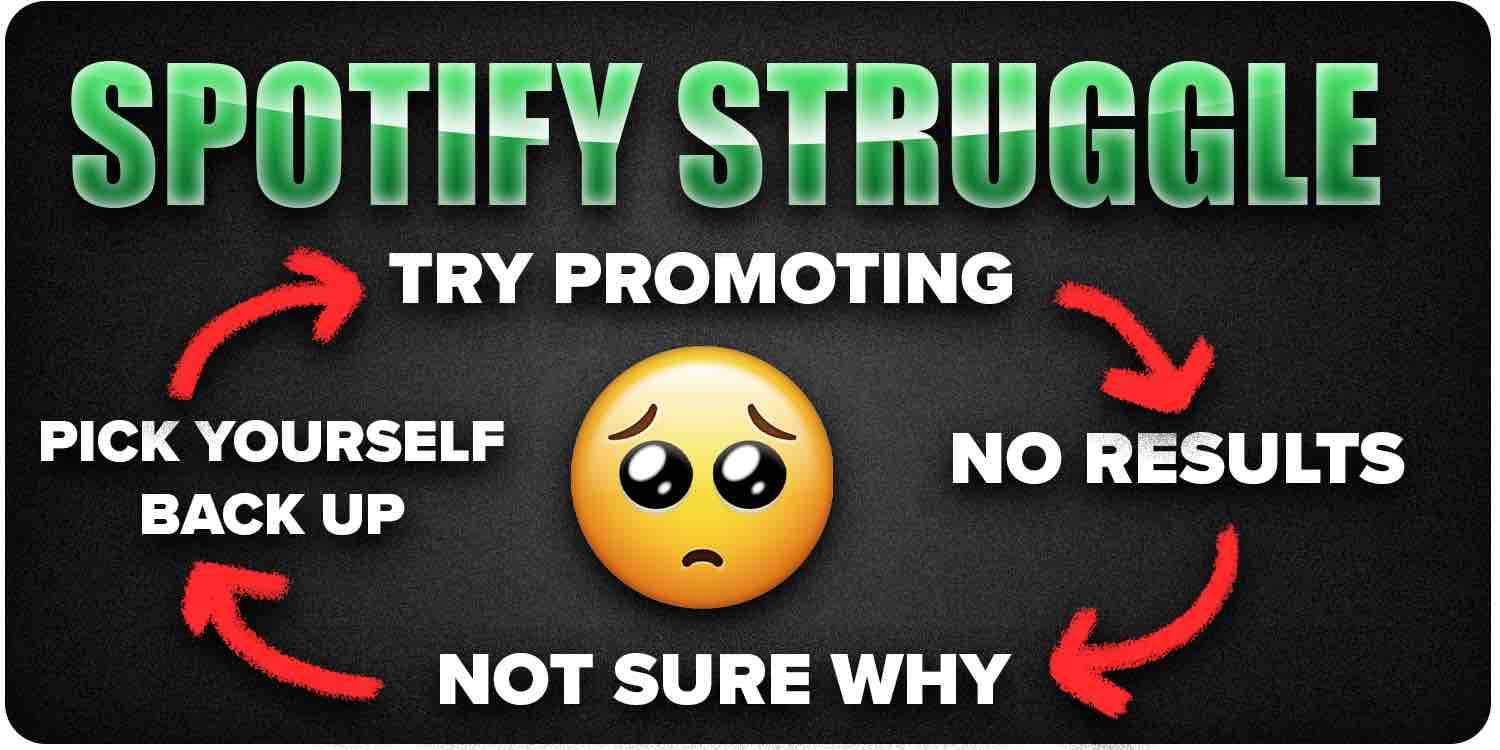 It took me a while to truly understand how Spotify promotion works.

Seriously, doesn't it sometimes feel like the platform is Black Box?

Nothing you try has ANY lasting effect.

But I will tell you right now: it doesn't have to be this way.

You just never got the right guidance (no worries, that's i'm here for. 😉)

See, growing on Spotify does not need to be as complex as you think it is.

What I'm about to teach you - normally would have to spend time TENS of THOUSANDS of dollars to learn.

Without further ado, here is the Spotify Growth Stacking Method. 👇

It's not enough to do the right thing. You also need to avoid doing the wrong thing!

Some mistakes are so costly that they will offset any growth you make.

Just look at the rapper DaBaby, this guy killed his career within 45 seconds!

Of course, that's just an exaggeration and that won't happen to you... You don't even have a music career to kill.

I say that with the love of course ❤️ let's build your music career together!

You don't want to waste your hard-earned money on lame a$$ fake promo.

Here are 3 Common Spotify mistakes you must avoid: 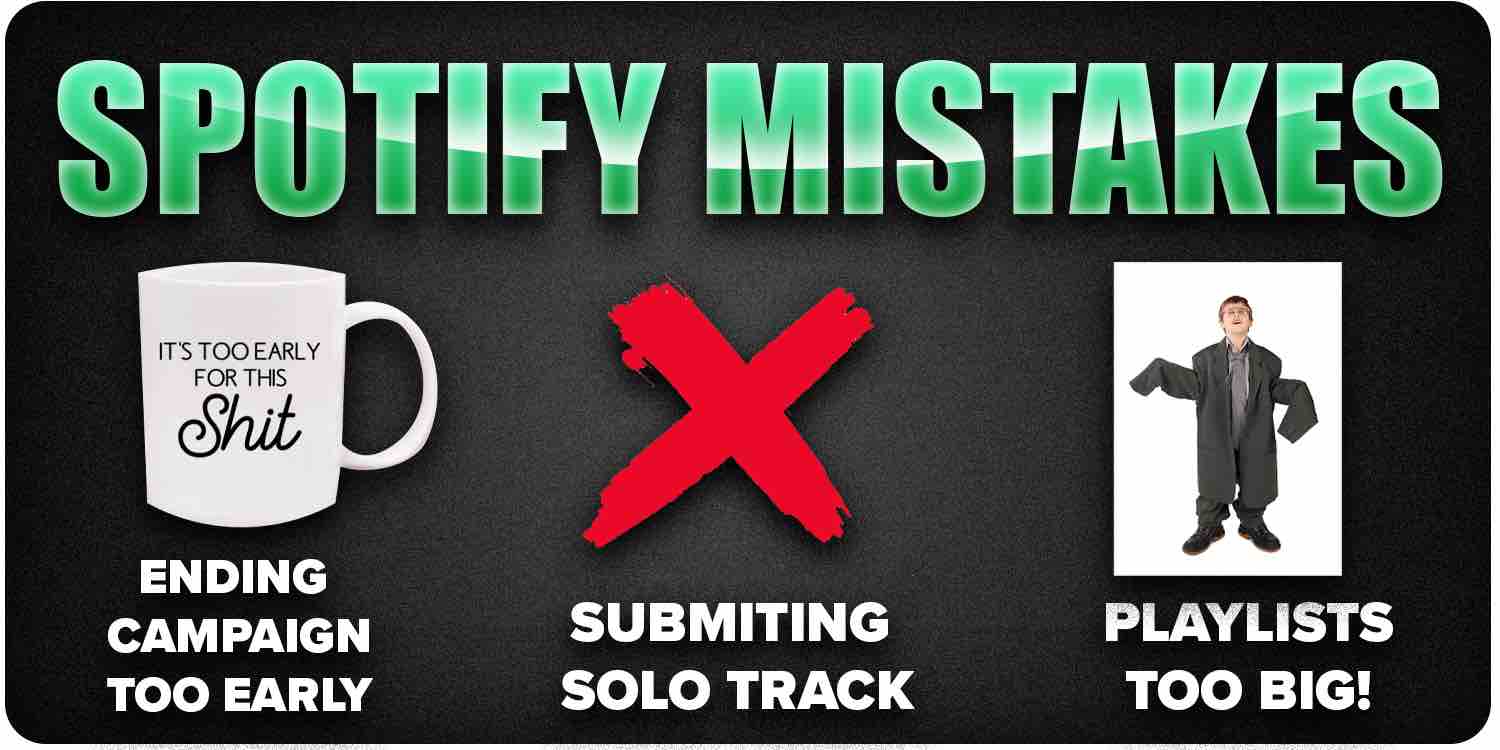 Learn how to double your streams with 1/2f the work and actually get heard on Spotify.

Not to mention how much valuable time you save!

You could have been out your girlfriend at that time.

The most important aspect of building a true fan base is having a target audience.

You must target the same fan MORE than once!

This is called hyper-targeting. 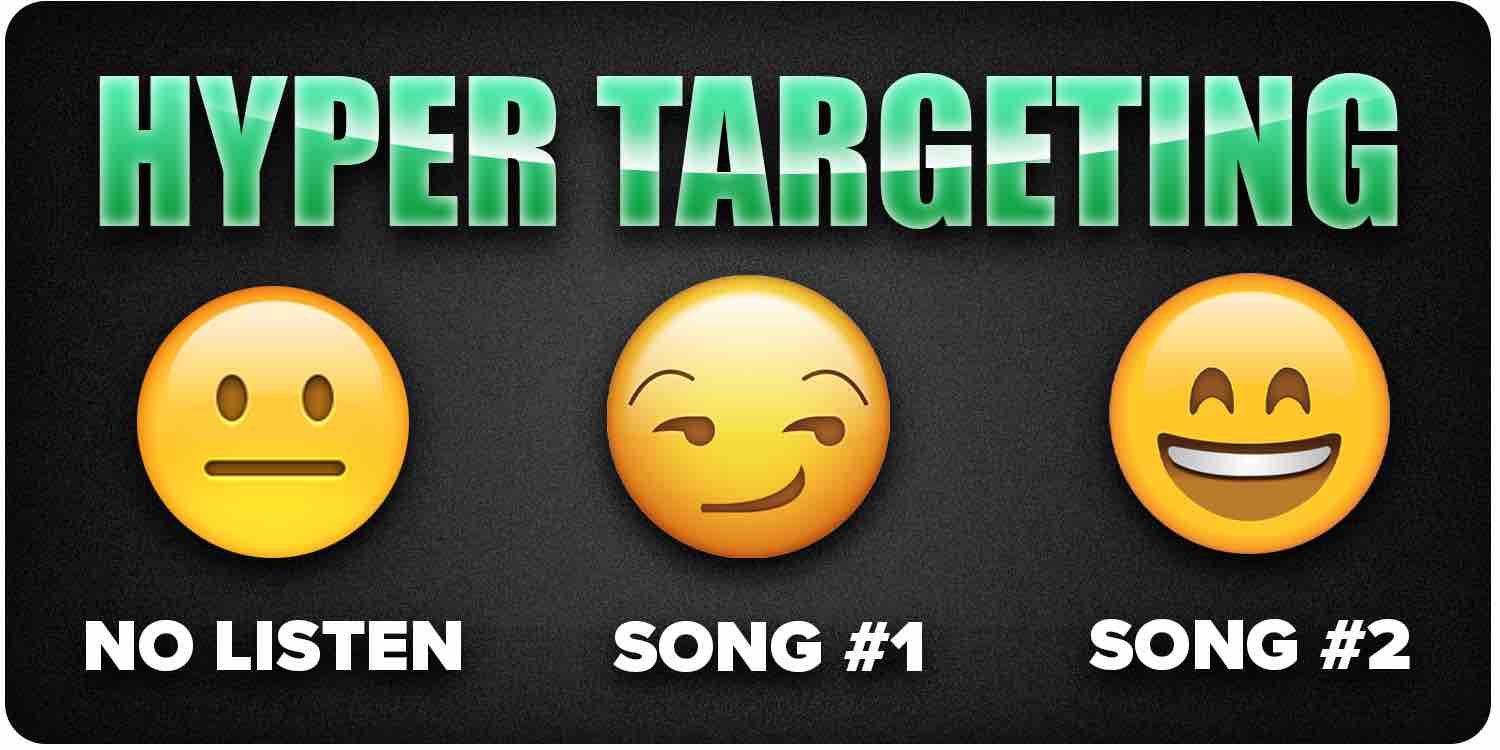 It's easy to forget that... There are THOUSANDS of other artists competing for the attention of your target audience.

Many of these artists have larger budgets, they'll tear you to shreds - Unless you have a better Spotify marketing strategy.

For this reason, you need to use hyper-targeting (Spotify Growth Stacking) rather than basic targeting practice.

Hyper targeting: Place more than one song in a playlist

Drake and Kanye West probably have more than one song in the playlist... Why not you?

Quality is better than quantity when it comes to Spotify user data.

Multiple song re-listens signals to Spotify that the user is a fan of these artists.

Also, in business, it's proven that it takes at least 7 to 9 interactions before a client buys from you.

These are called touchpoints. 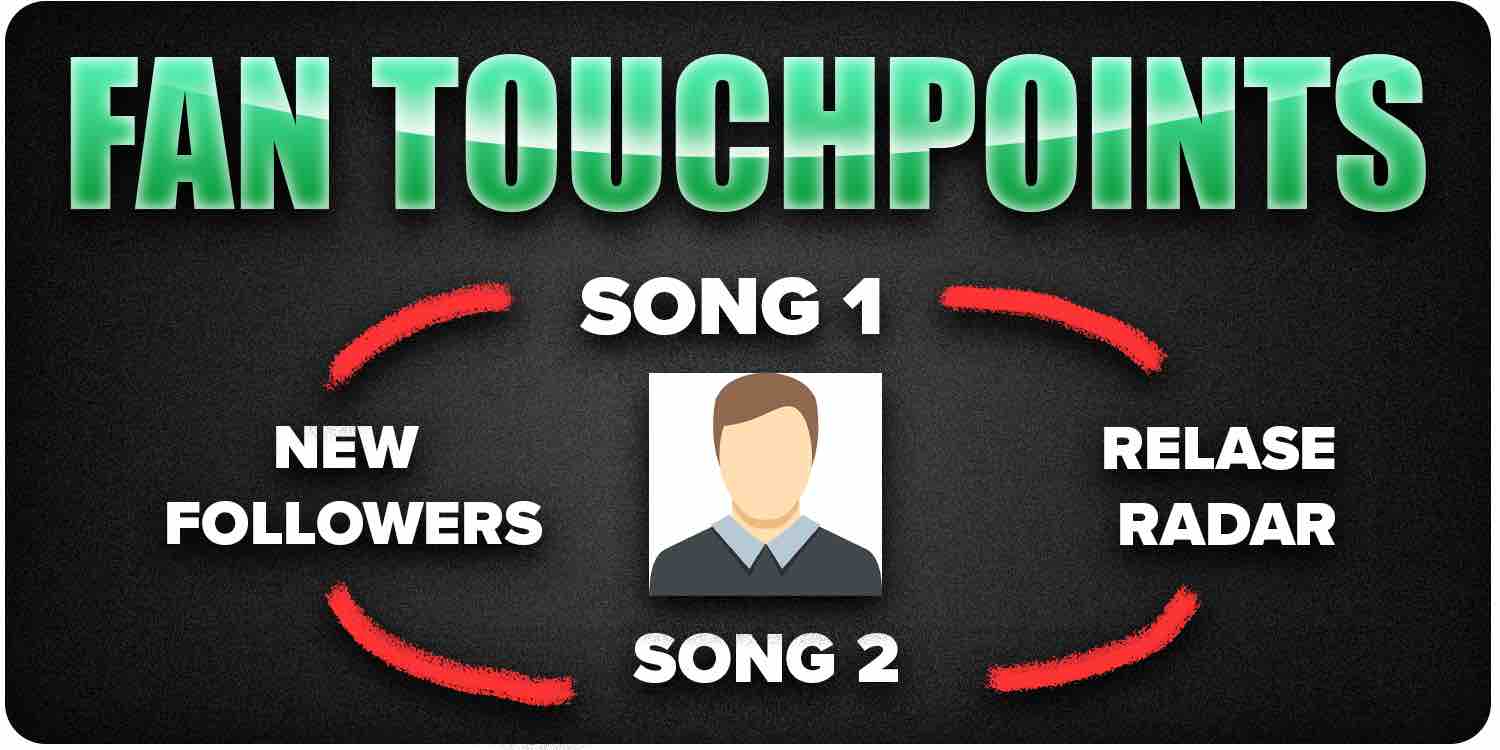 Your ENTIRE artist profile gets a boost from many touchpoints.

With the growth stock in method, you're having multiple songs in the same playlist and literally doubling the results! 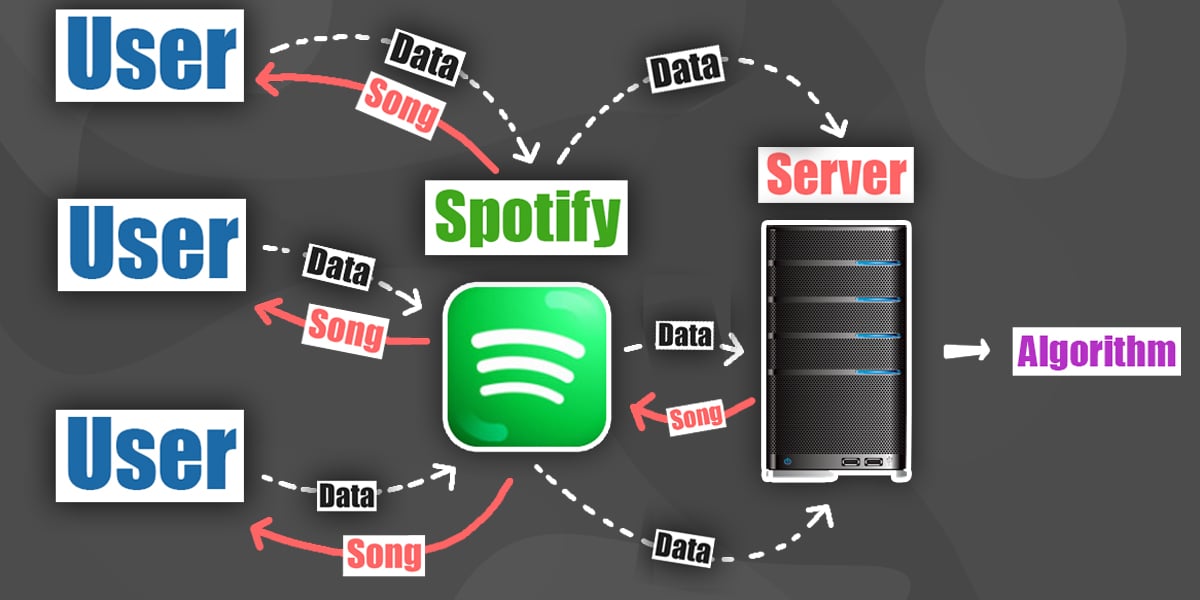 Having 500 people listen to your song over and over is better than 2000 people only hear it once within the Spotify algorithm.

This is why you NEED to use the Growth Stacking method.

That this feeds quality data to your Spotify track!

Here's my #1 key method to getting more streams on Spotify.

I know you may not believe me but... It's a lot simpler than you think.

Slow down, play the LONG game rather than the fast game.

You're better off chasing a consistent stream-base than shooting for 20K streams at one time.

It helps getting on algorithm playlists. 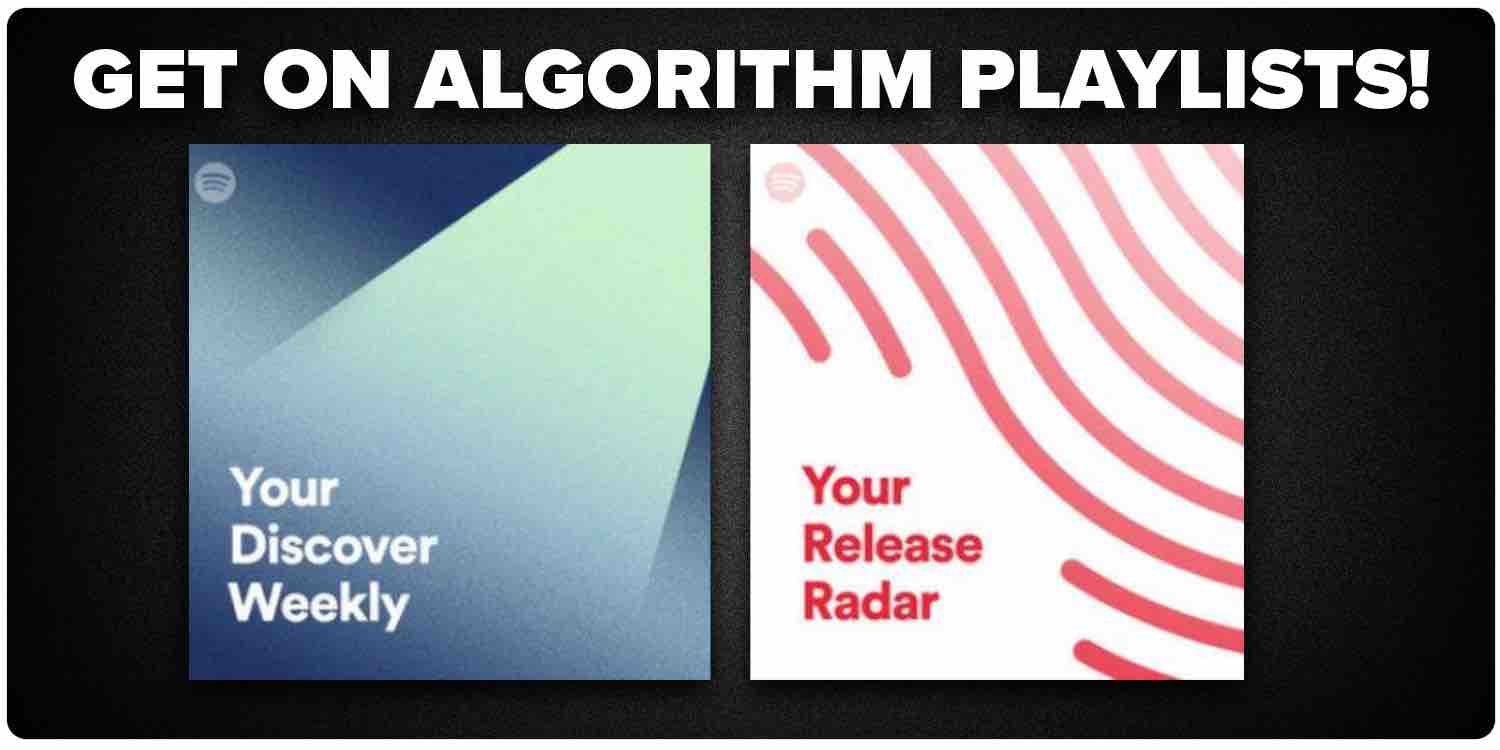 Sure, getting a large blip in your Spotify streams at one time is good for your ego...

But what about your longevity?

It's not doing much for Release Radar, Discover Weekly nor your personal radio sadly.

In reality, the best campaign is one that... never ends.

Your favorite top artist understands momentum down to a science.

You may not realize but... Labels treat singles as 100% promotional.

First-week album sales are the time when artists make 75% of their revenue. 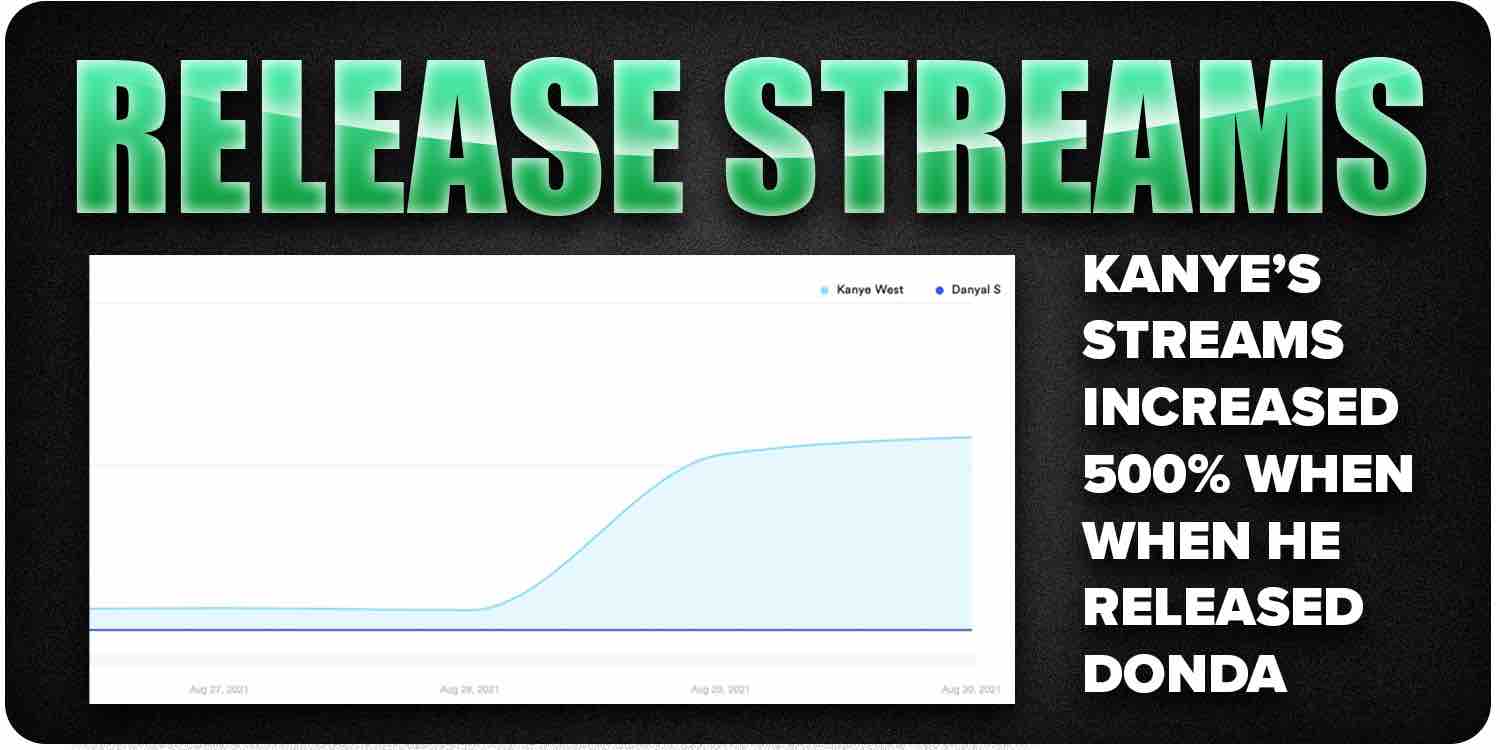 (Singles are realized for the MAIN PURPOSE of keeping the artist's name alive, in time for the album.)

Soon as their name loses relevance they drop a single, then ride that wave.

Stopping momentum is the same as the death of a music career.

Those "random" singles that Trippe Redd drops... have been planned months/weeks in advance.

This is the same with Spotify user data.

You want to keep the flow of users coming in, to keep the stock of potential fans at stream capacity. 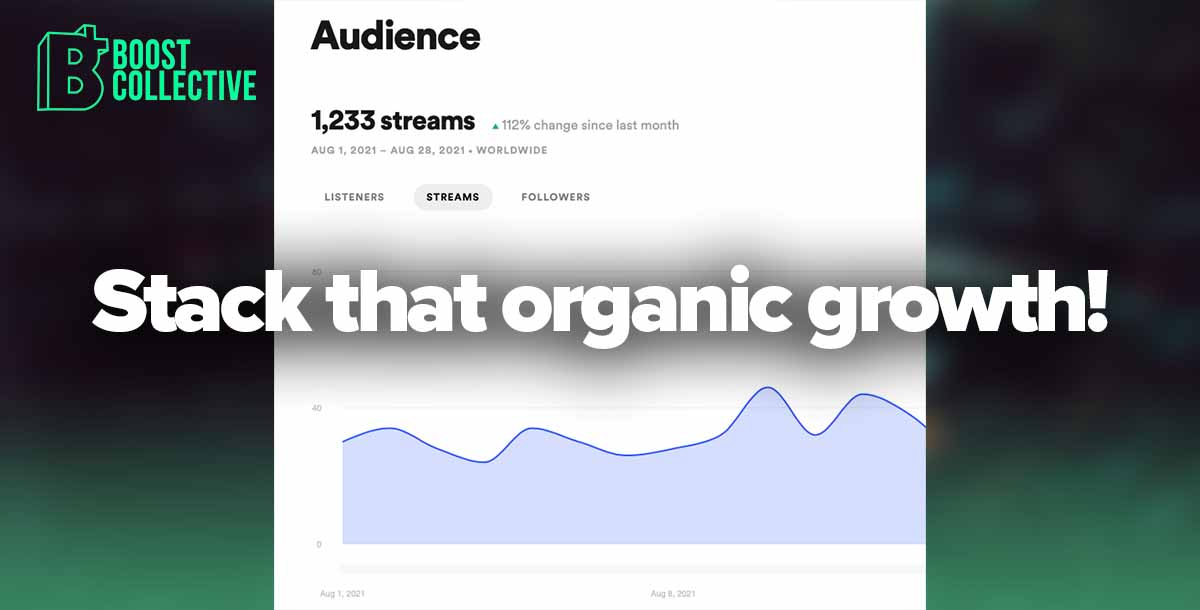 Depending on your budget (and fanbase), your stream stock capacity can change.

Keep pouring consistent data to your Spotify profile, over the long haul your stream capacity will grow!

Note: you can go harder with promo for the album or hit single release!

This is the difference between generating one stream and building a true fan.

The Growth Stacking method is how Kanye & Drake always end up on Release Radar and Discover Weekly!

Fortunately, you do NOT have to pay the drake budget to get this effect!

What you need to do is get quality streaming data for TWO of your songs. 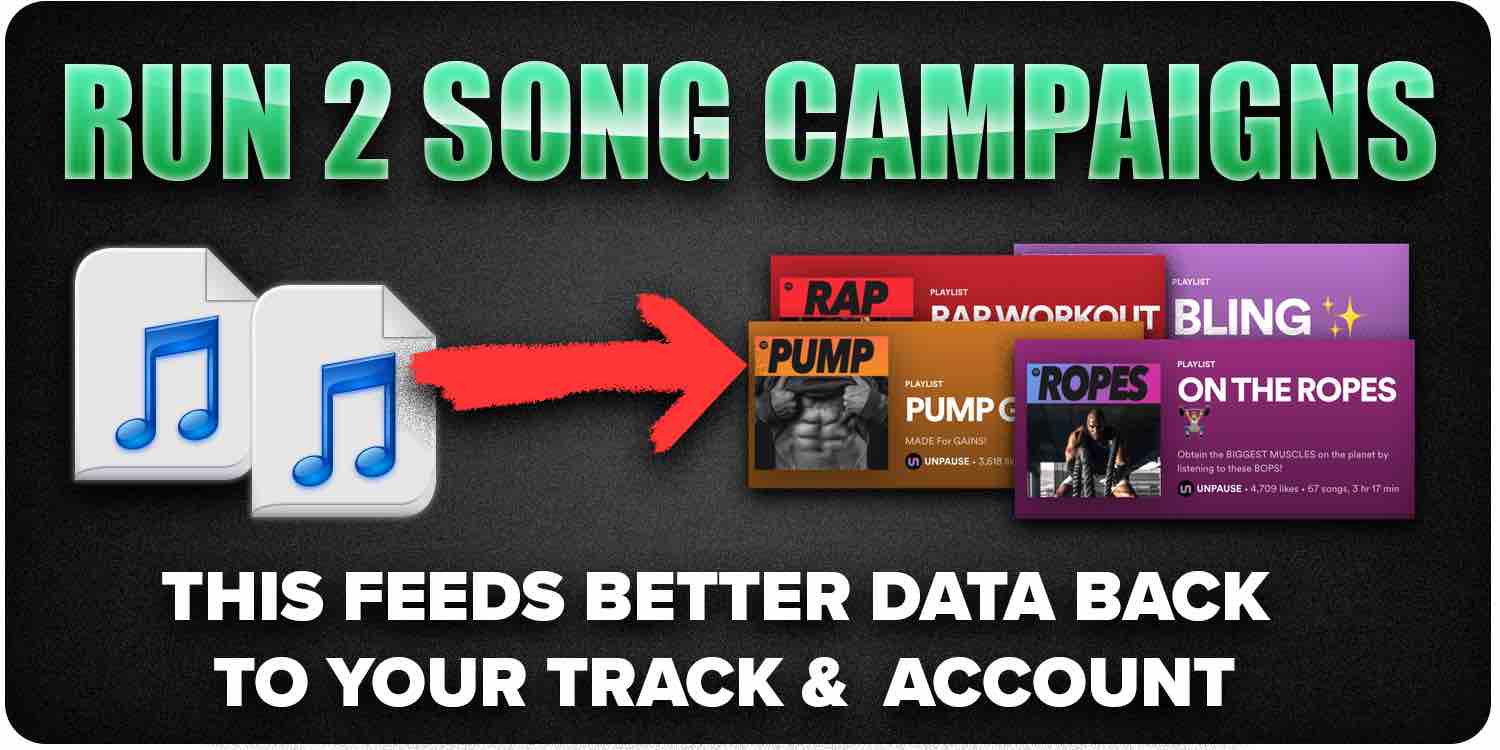 This will internally present your sound and get your profile ranking for that specific fan!

This is similar to a re-targeting campaign on Facebook where are you go for people who already engaged with.

This increases conversion from listeners to fans with higher certainty!

I've run hundreds of campaigns in the past couple of months and the Spotify growth Sacking Method has been the most effective so far!

Do you want more growth, or to stay the same?

(Of course, everybody wants more growth!)

Now is the time to really change your music career for the good and truly get heard as a music artist.

Believe it or not: the size of a playlist does NOT correlate to how many streams you are going to get!

Generally, the larger playlist has fewer active followers than others.

Followers are ghosts who haven't streamed the playlist from the past months/years ago!

Since people generally follow playlists for 6 to 8 weeks and then they get bored.

Rather than unfollowing they just ignore it and move on with life.

Lo and behold, those playlists with +50K followers will grant you the same results as a playlist with 5K followers.

A rookie artist will chase this top placement... And burn their budget.

Here you'll get the highest quantity of high-quality streamers and fewer ghosts.

Not only will this lead to you getting more streams, to feed your Spotify algorithm great data to both of your songs!

On a practical level, you're getting double the promo (which is more effective because of the touchpoint rule)

This makes it so much easier to promote your future tracks :)

Now that you understand exactly what Spotify Growth Stacking is...

so It's time to put it into action! Prove all of your doubters right.

You're ready to make the jump and make that passion of yours come alive, then tap below.

Make your music in our team will see how if you're if I can fit our music standards.

Tap below, join our waitlist. 👇