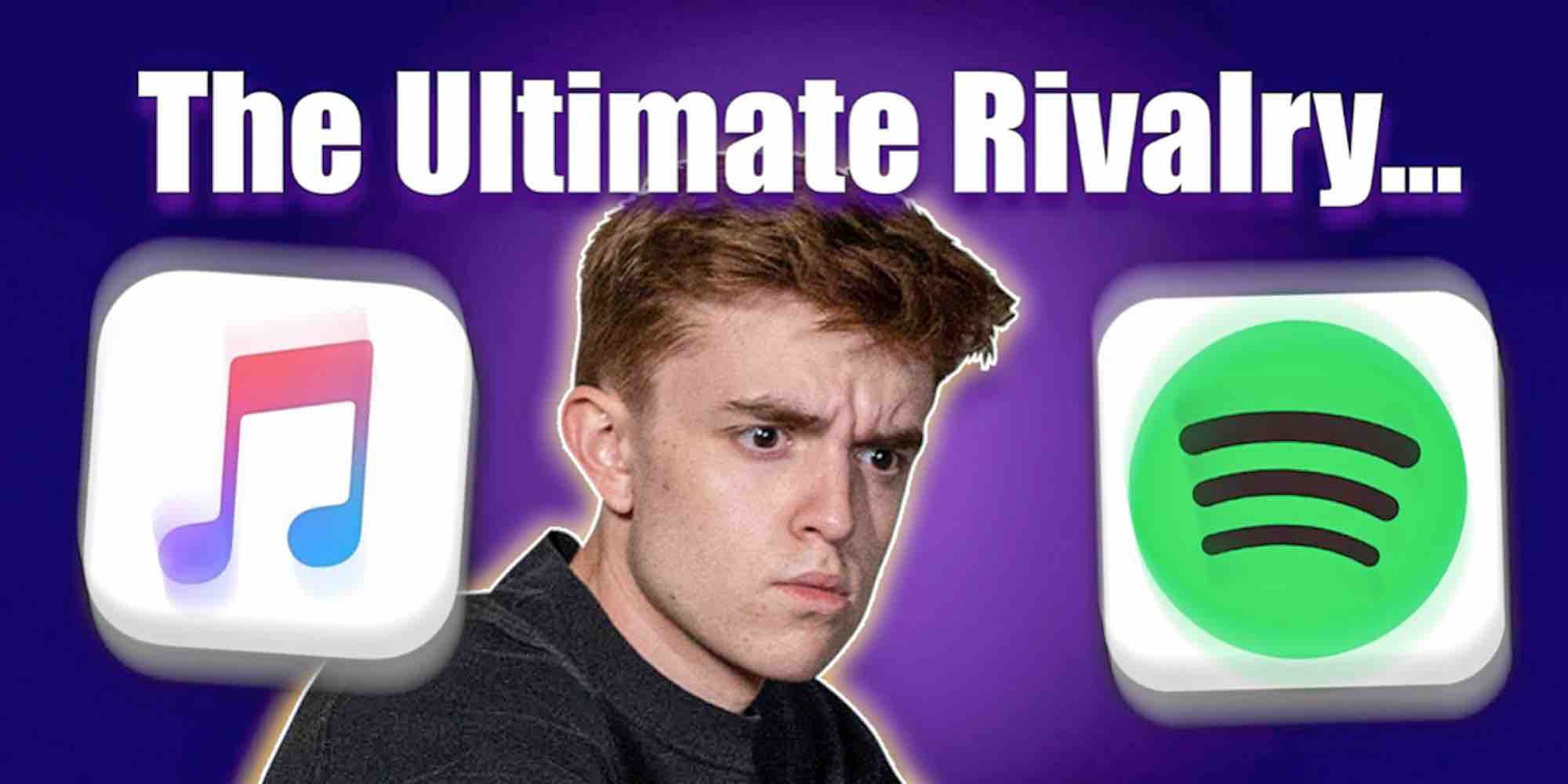 So... Which One Is Better For You?

You may be conflicted…. Should you promote your music on Spotify or on Apple Music?

I would say you should do both. They have different benefits/drawbacks though that you need to be aware.

In this article, we’re going toe-to-toe between the two platforms so you can find out which method works best for you!

If you've never got Apple Music promo before, tap below to see how it works! 👇

Check our Spotify promotion guide to bump up the numbers!

Watch the video above to see how to earn more with Apple Music!

This is why I urge all artists to take Apple Music promotion seriously.

Now without further ado, let's get into the blog.

(Spotify Promotion is the bomb.com!)

This may seem like only a small issue for you as a small-time artist but it's truly a game-changer.

Branding is half of the battle when generating your fanbase, that's the main thing keeping major artists relevant even after a crappy release!

For starters, Spotify displays how many monthly listeners you have on your page.

Apple music’s bio page is just plain text... Not to mention, this option isn’t even available for smaller artists - no joke!

Sure, the numbers don't really matter for you in the long run(they fluctuate) but humans are social creatures.

You need to grow your streams!

When your monthly streams number is larger, we humans view you as having better quality music since you’ve already won the hearts (and ears) of many people.

This is a bias known as the bandwagon effect - we're a lot less logical when weighing how much we like a thing.

Spotify presents this in such a way that listeners can see how socially accepted you are. 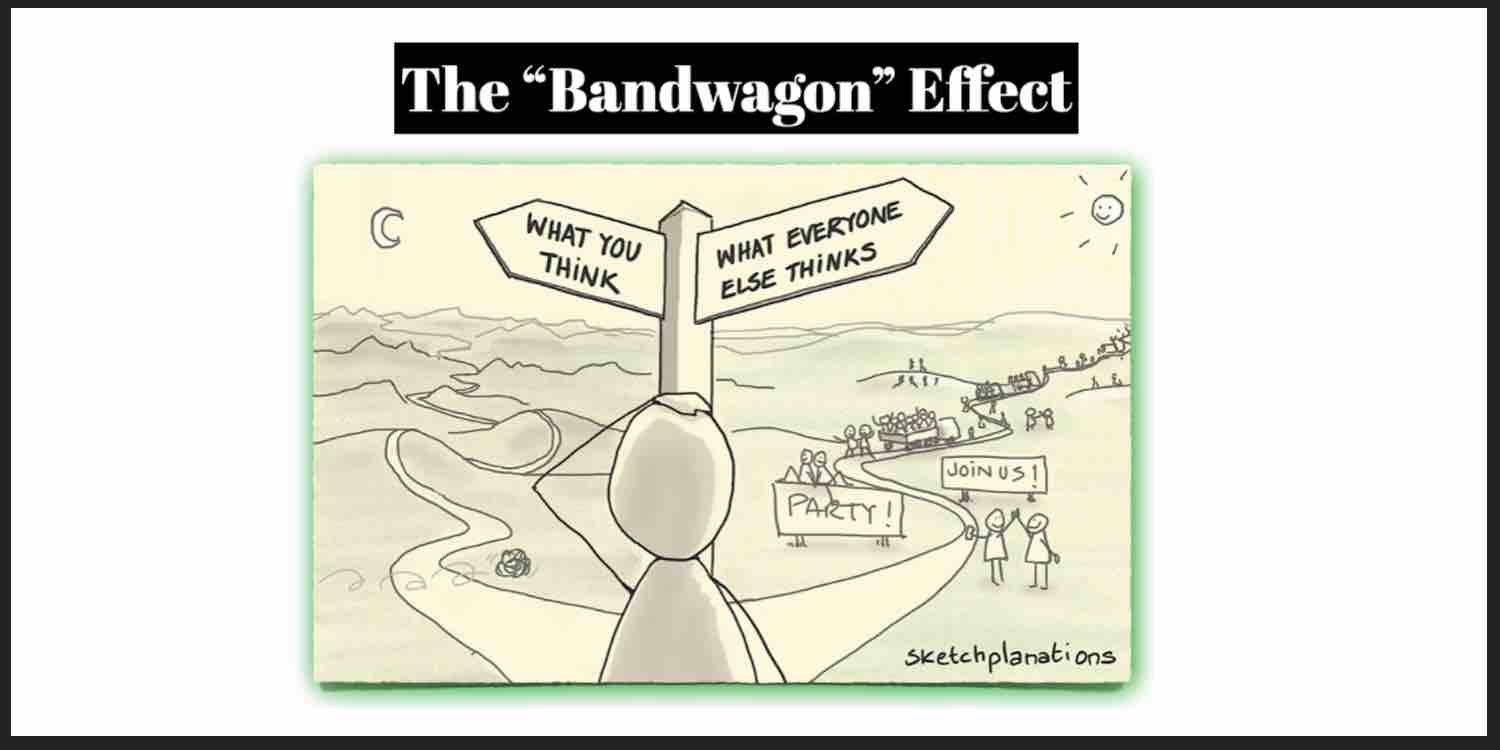 This won't apply to somebody that has heard your music already, and made a decision.

However, for a random profile visitor, it makes a world’s difference!

Your publicly displayed streaming number is an awesome tool to use when working with performance venues and scouting record deals! You have leverage to prove that you're worth a grain.

Not a bad thing! It helps your Spotify Promotion!

If your numbers are low it just means that this benefit will not apply to you.

When your streaming numbers start to grow then you can expect the bandwagon effect to work for you!

Conclusion: Spotify wins in this category.

Going back to the original idea of branding - Spotify kills it for your music videos.

Aside from Joe Rogan's podcast, there isn't much support there on Spotify for you.

Apple Music does have exclusive videos as well… But they are far more advanced in both the podcast + Apple TV space.

The issue: none of this is available to you. 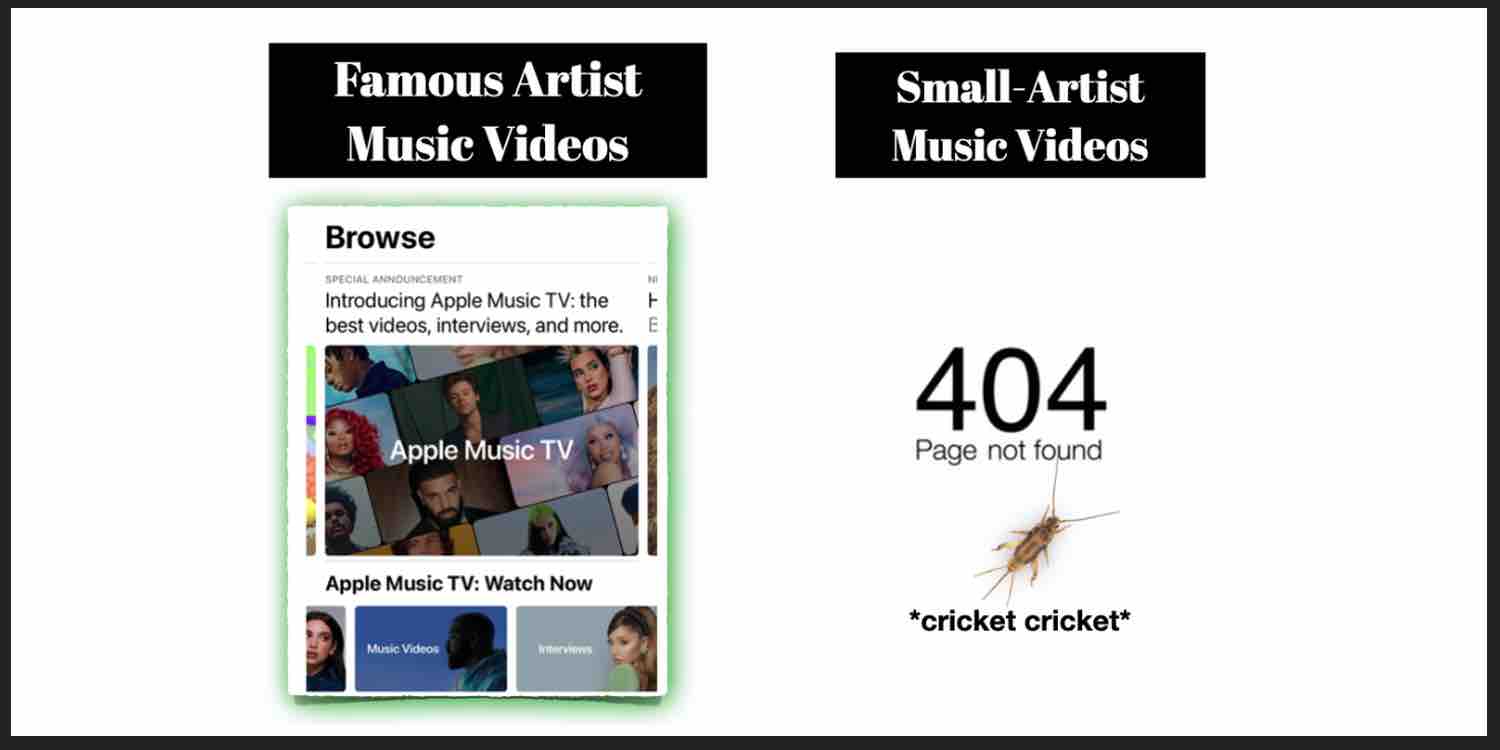 Distrokid and the other distributors sadly don’t give you the exclusive video option, and you cannot just upload your music videos.

That said, Spotify does allow you to have small animated canvases lasting 7 seconds. Here are a few examples below:

Apple music does not seem to have any canvas-like services available for you.

The closest thing are the animated covers yet so far only mega-successful artists such as Big Sean and Doja cat enjoy this service.

As of right now Spotify takes the cake when it comes to music videos.

Will this change in the future? I hope so.

Want to promote on Apple Music? Watch this! 👇

Let me explain the Spotify algorithm: imagine you have a faucet that has water flowing out.

As long as there are new listeners engaging with your music then it increases in water flow. 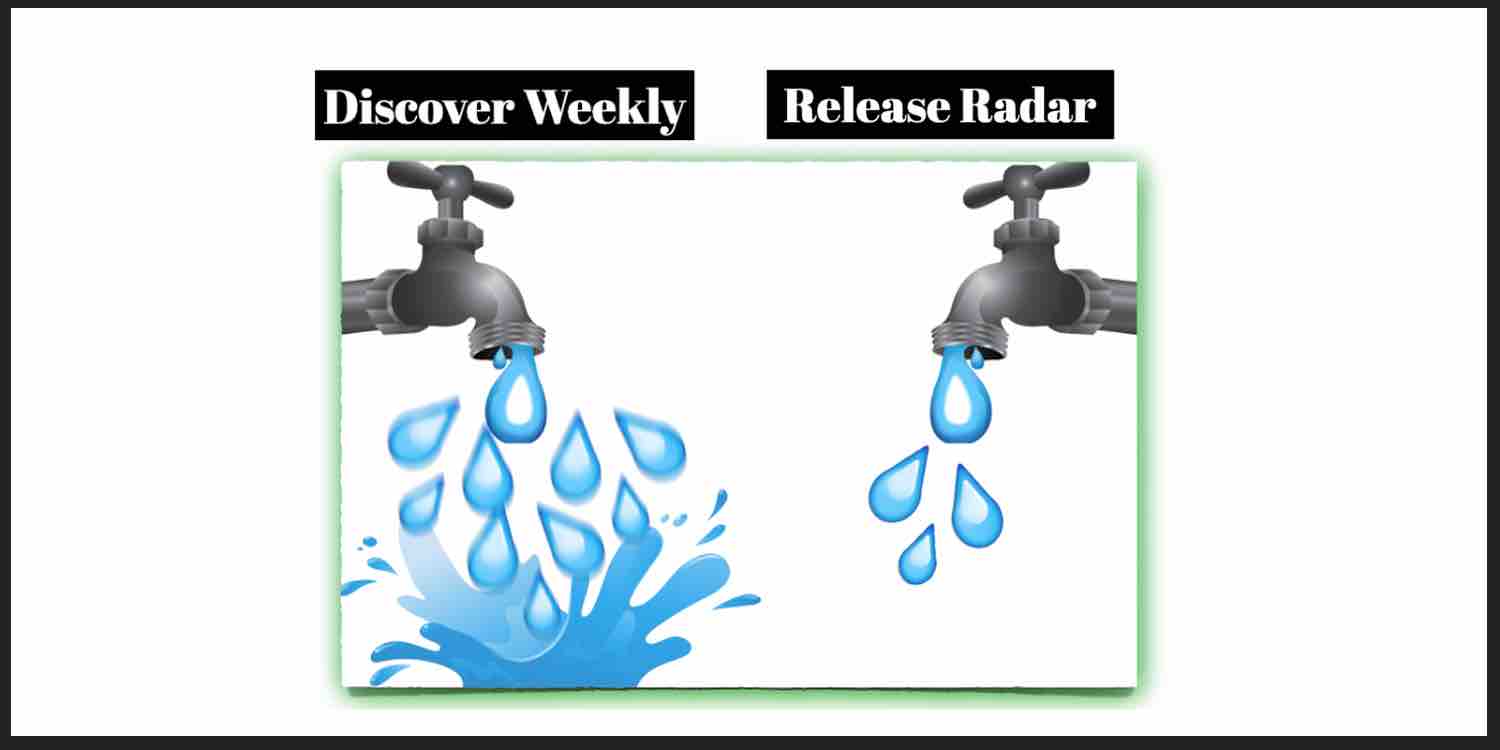 Liking the song
Getting your song placed in playlists


The imaginary Spotify algorithm faucet starts as a few drips then quickly becomes your very own promotion waterfall with more and more engagement!

On your flip side, as soon as engagement slows down, the faucet turns off.

That is the best analogy for Spotify growth.

Just looking at Discover Weekly and Release Radar you can see that love is shared to all artists of all sizes. 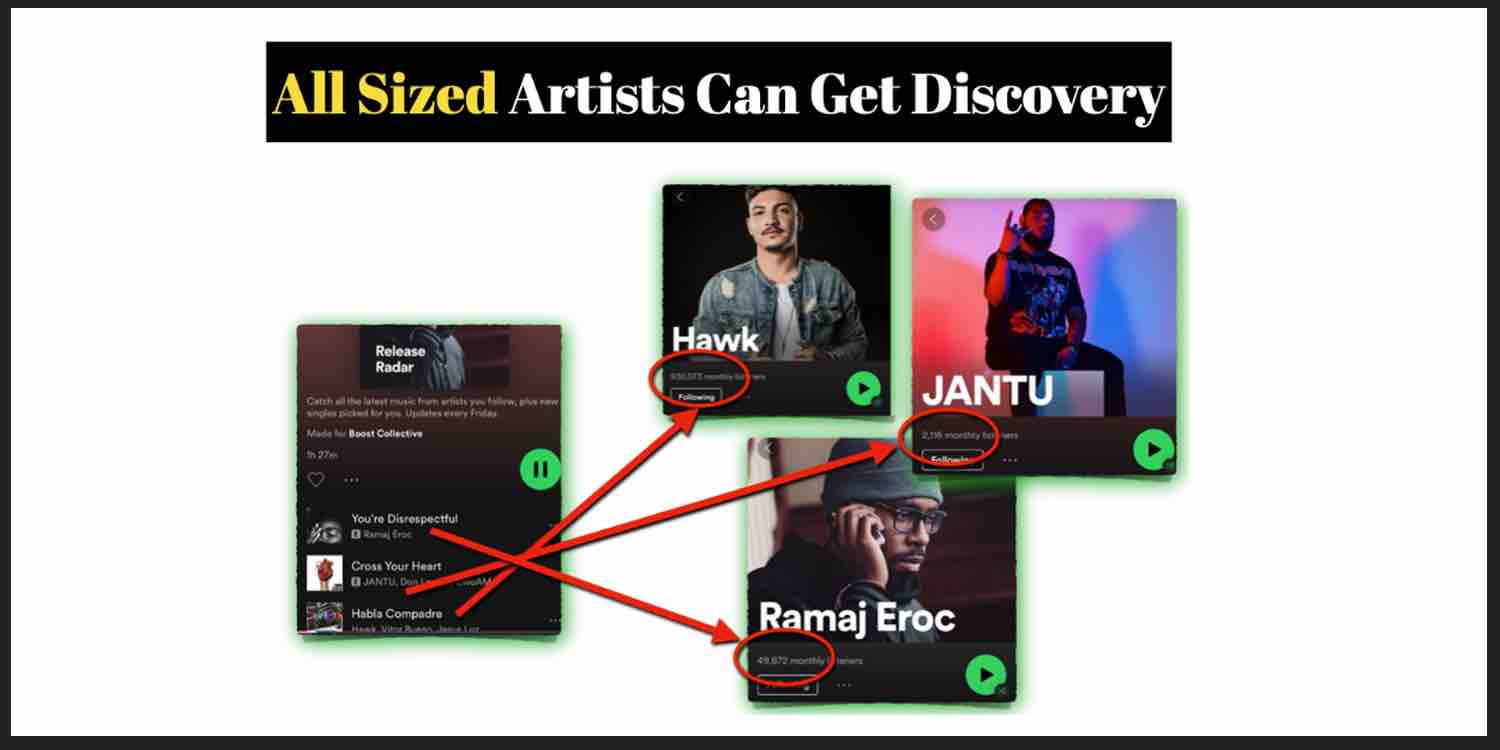 Apple Music does not have anything even remotely close to this!

This is because Apple Music is invested in promoting primarily established and signed music artists.

It’s all human curated, leaving little room for you to squeeze any algorithm juice.

When you look at the platforms side-by-side, the personalization for apple music is… lacking.

And evidently not your duck.

You need to run special Apple Music promotion to get heard on the platform.

This is a mixture of running ads and social media posts.

The most fun part of this article 😎 playlist are the #1 way to get organic streams.

They also trigger the algorithm!

Apple music playlist doesn't have much shareability for your music. 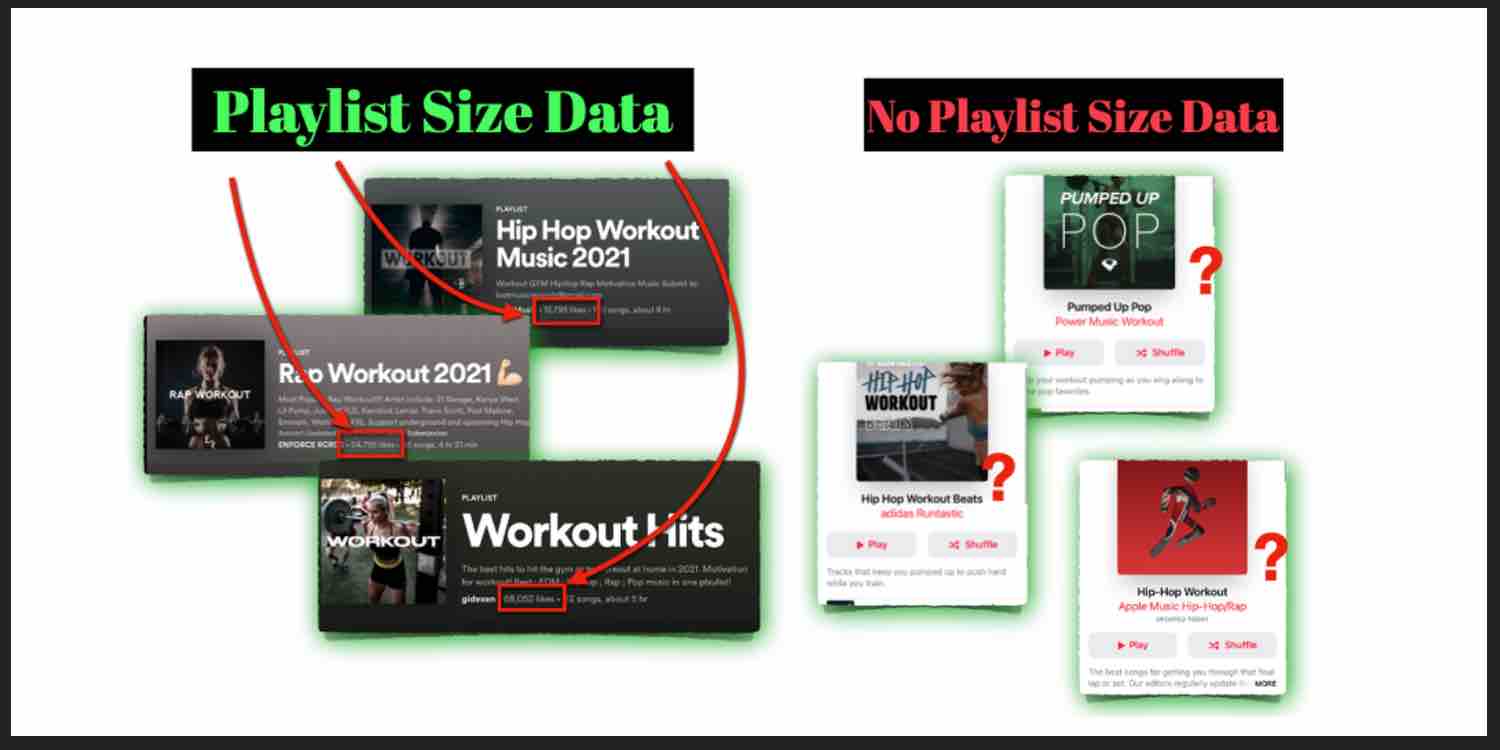 Due to these reasons, Spotify takes the cake.

Since there is no public data/numbers for Apple Music playlists, you don’t know what to expect from getting placed there!

How can you crush your promotion campaigns without the right data?

Spotify kills it in this aspect as well.

This one is a little finicky.

Here is a video that explains how it works in case you get lost - or simply don’t feel like reading:

See, for all of the top artists to get their songs onto Streaming platforms (legally) they need to negotiate a royalty payout system with the major and minor record labels.

In your case - Spotify works with aggregators such as Distrokid and Tunecore.

The way the payout structure works is like this:

Initially, they need to pay money in order to pay you and other artists money, duh.

The DSP (Digital Streaming Platform) has either a subscription model that we all know and love, or in Spotify’s case offer a free version but run ads. 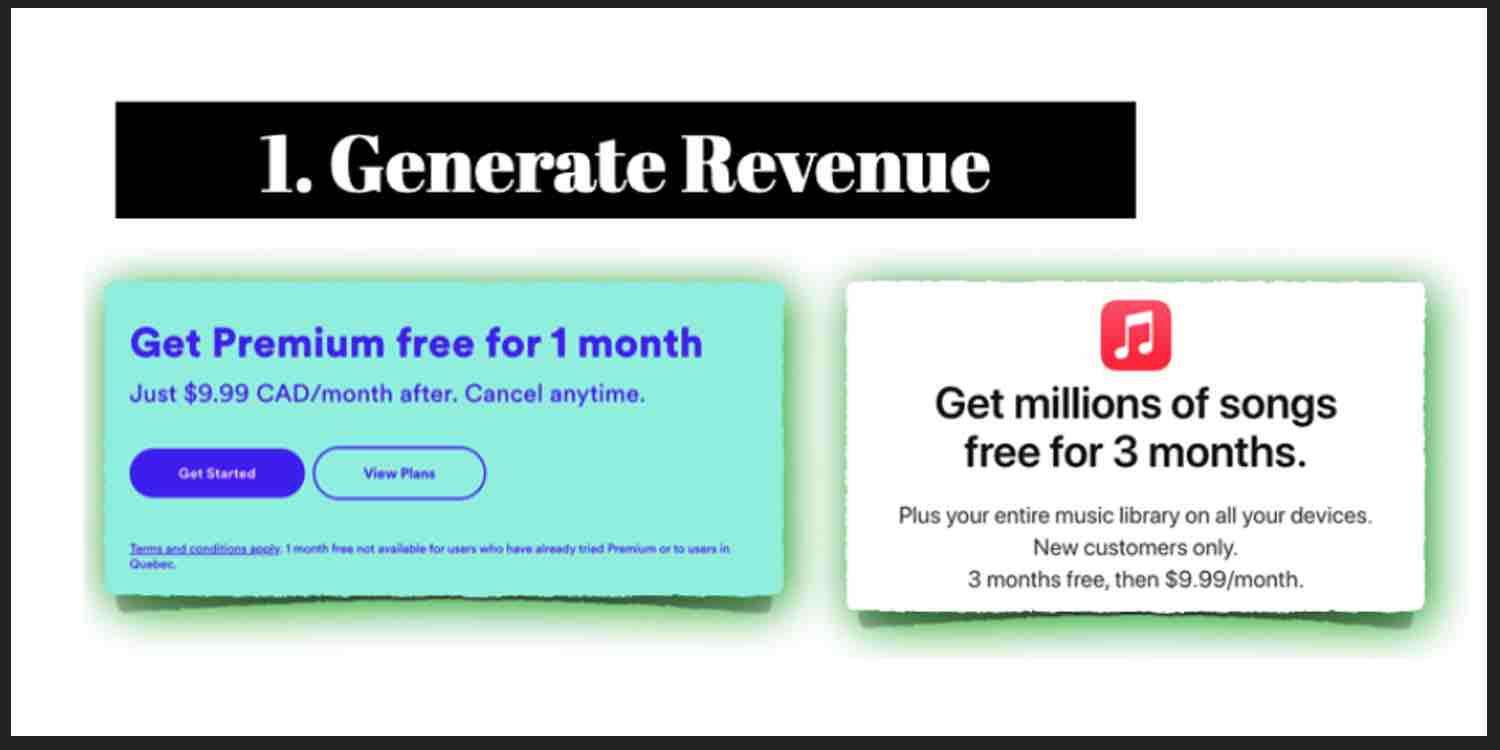 Next, they need to pay you out! They cannot give you 100% of the revenue because…

They need to cover expenses plus make a small profit as well.

They give out a portion (between 40-60%) of earnings to artists through royalties. 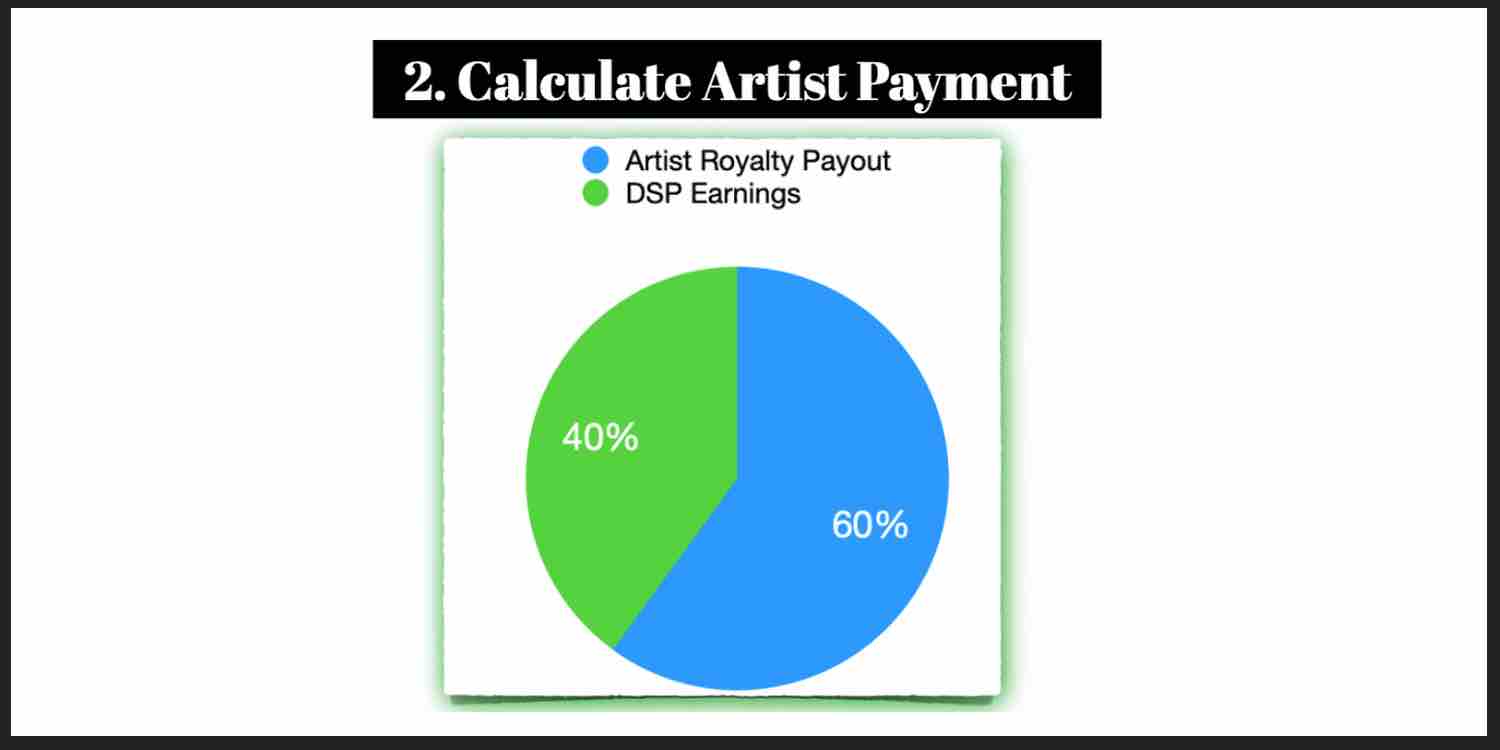 Once the amount is finalized here comes the fun part - deciding how much goes to you!

Streaming platforms then break it down based on percentages of listening.

This means that if Drake and Kanye generate 10% of all streams, they are entitled to 10% of the royalties for that period.

Is this a fair model? I can’t say. 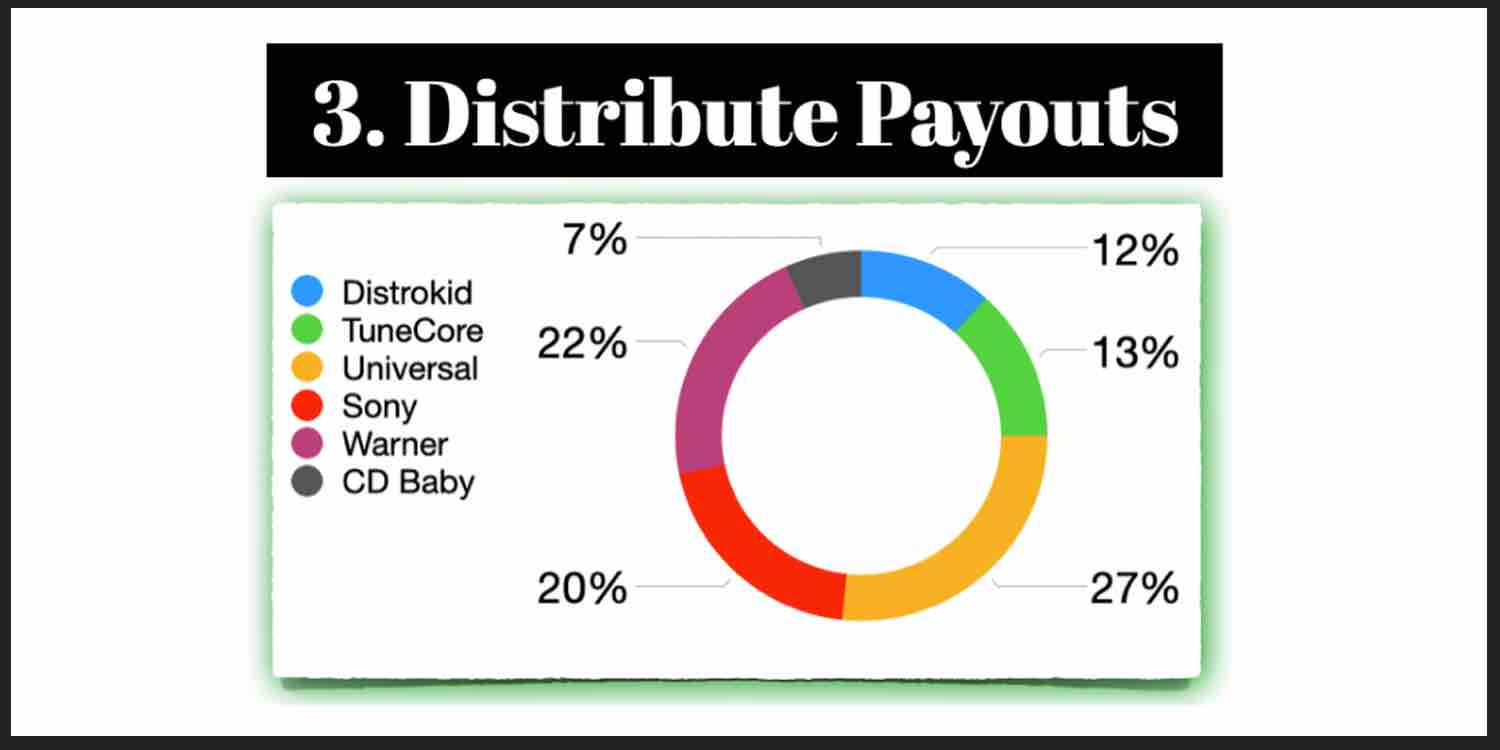 The payment gets to you through your aggregator, and now you’re paid.

Apple music pays more than Spotify per stream - this is because it’s harder to promote on Apple Music.

Getting market share is more difficult due to the lack of promotional advantages, but that also means that if you win, you win BIG!

These circumstances have pushed artists to take their music off of Spotify, knowing that they will receive higher compensation on Apple Music (due to lower competition.)

In the royalties aspect, I would say that apple music wins!

That said, Spotify has 3x more users than Apple Music, so if you can generate triple the streams then it equalizes out.

The best bet is to run ads for Apple Music, and to go the playlist route for Spotify.

It’s clear to see that Spotify is the victor in this battle.

Your tolls are awaiting you, don’t see this is Apple Music’s loss. Rather... Spotify is simply too overpowered!

Spotify crushes in the categories of:

You’ve got to know what to optimize for!