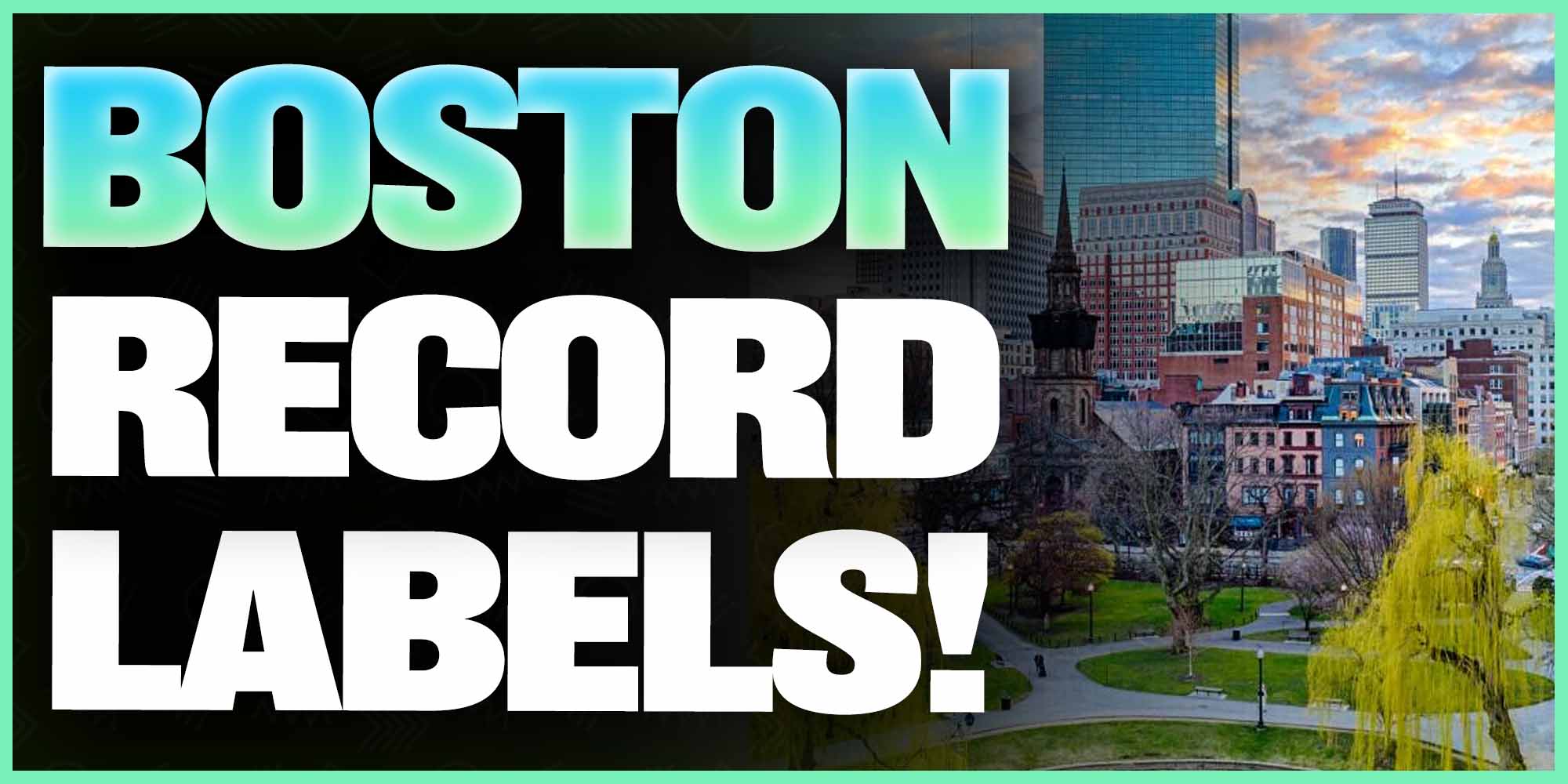 I have a full list of record labels in Boston!

You can submit your music and really test your luck.

These are great places for you to get your music at!

Artists spend hundreds or thousands of dollars every year on their music career...

By using Boost Collective, that goes to zero.

You bring the talent, we’ll do the rest - so you can win against all odds.

Here are the benefits we offer:

NOBODY cares about their artist more than Boost Collective does.

This is why you keep ALL of your masters!

We don't believe in exploitation, only honest and mutual business with the artist we develop.

Think your music is good enough?

Apply today while the roster is still open. 👇

Ace of Hearts Records, located in Boston, was formed in 1978 by Rick Harte, who also produced all of the label's albums.
The label includes acts such as:
These were among the bands that Ace of Hearts recorded and released in the early 1980s.

The cool thing about this label group is that they focus primarily on physical distirubvution.

When you check out their site, you'll notice that there are lots of records for sale at different price points.

Make sure you check the Different Types of Record Deals before singing!

Most labels don't take such a hard approach at physical distribution, so I do think that this is an interesting label.

Hey, if you're interested you may as well try it out!

Tap below to check this label out. 👇

Barrio, New England's first independent label, has focused on developing and putting local artists to compete at the highest levels since 1992.
Top 10 rankings in the United States, Puerto Rico, and venues throughout the world!
Please return to find out what is going on with your favourite and new Artists!
Tap below to check this label out. 👇

Every musician has the right to study, grow, and improve in a friendly environment.
It takes inclusivity, ethics, and extreme hospitality to build that community.
The Record Co. is committed to bringing justice and sustainability to Boston's music community by providing cheap recording, rehearsal, and gathering space.
Through cheap music workspace and professional development possibilities...
They seek to break down the technical and social hurdles that stand between musicians and their creative aspirations!
We're dedicated to fostering a community of musicians.
Tap below to check this label out. 👇

Ecstatic Peace! is an Easthampton, Massachusetts-based record label.
Thurston Moore of Sonic Youth, an American musician, formed it in 1981.
Get a Record Deal today!
The name of the label is based on a sentence from Tom Wolfe's 1968 nonfiction novel The Electric Kool-Aid Acid Test.
Tap below to check this label out. 👇

George Howard founded Slow River Records in 1993.
On Harriet Records, it published its debut record (a 7" by Desk) from singles released by Howard's band, the Lotus Eaters.
It formed a joint venture with Rykodisc in 1995, then
In 1997.
It was announced that the two labels had agreed to pay Slow River money to help distribute and advertise each record that Slow River made!
Tap below to check this label out. 👇

Fenway Recordings is a dope record label!
Musicians who are just starting out often need advice, structure, a community, and insider knowledge to make it...
That is what Fenway Recordings is for.
A dedicated company, some recording studios, and record labels all offer artist development services.
Tap below to check this label out. 👇

Rudolph "Loverboy" Smith Jr. is a native of Boston's South End.
He grew up with a guy from his neighbourhood who was a DJ named DJ Ron.
Rudy and Ron began producing beats on an 8-track recording console with two turntables, a sampler, and a keyboard.
Rudy would go to several Music Recording Studios in Boston for 16 years to compose beats.
Because of the range of music styles Rudy was generating while using Bristol's Recording Studios, the owner Rick dubbed him a Loverboy.
Tap below to check this label out. 👇

Branford Marsalis, one of the most recognised jazz musicians of the last quarter-century, founded Marsalis Music.
Redeye Distribution provides distribution support for the label, and it also sponsors Marsalis Jams through its non-profit arm, Music Education Initiative, Inc.

Tap below to check this label out. 👇