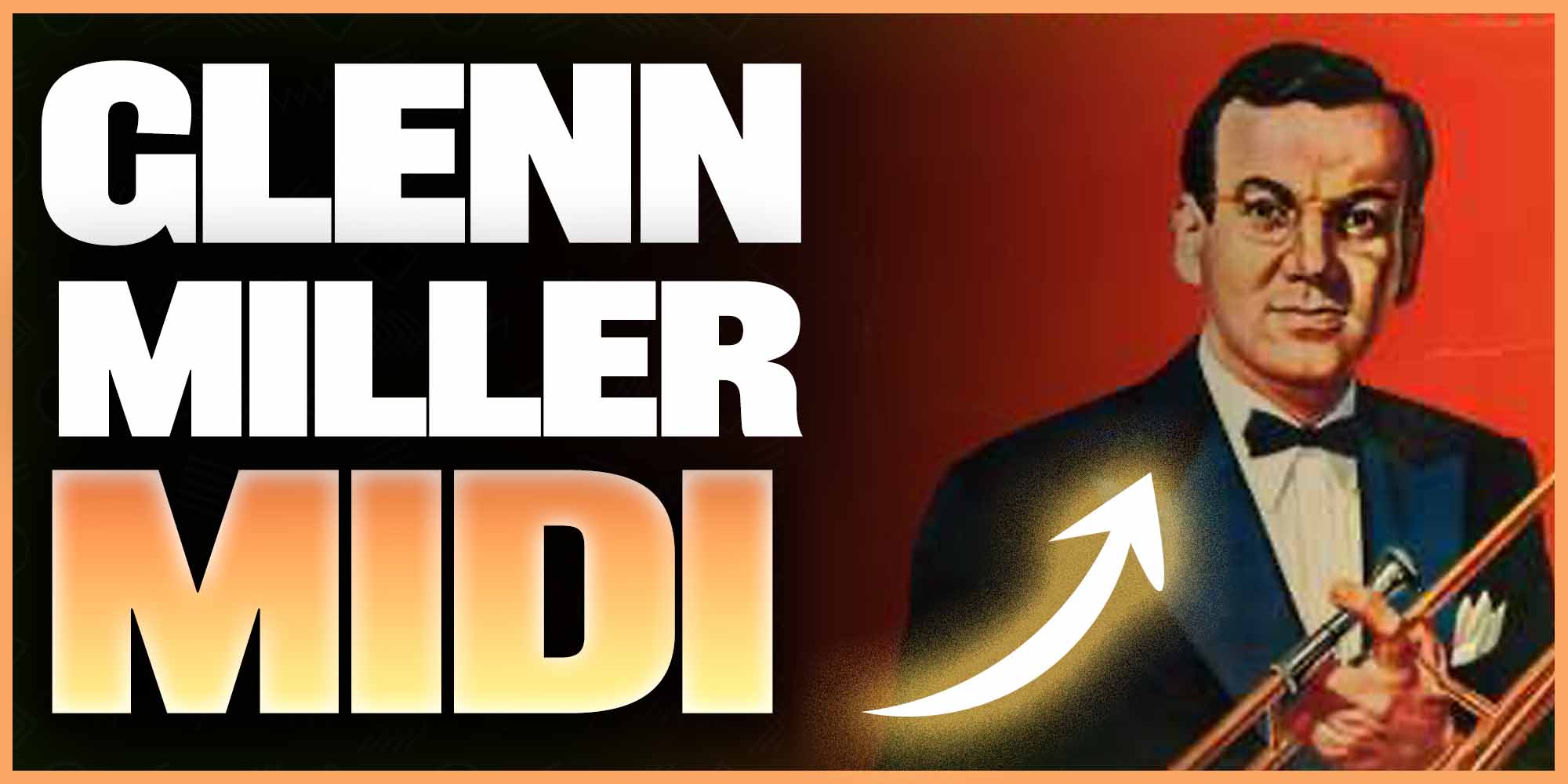 Want to use In the Mood to make a track?
A file with the.MID or.MIDI (pronounced "mid-ee") file extension is a Musical Instrument Digital Interface file.
These files are much smaller than regular audio files like MP3s or WAVs because they don't contain any audio data.
Instead, they tell you what notes to play, when to play them, and how long or loud each note should be.
Because of this, MIDI files are a great way to share musical information between similar programmes and over slow internet connections.

Tap below to download the Free In The Mood MIDI File. 👇

Who was Glenn Miller?

From 1939 to 1942, Glenn Miller was the artist whose records sold the most.
In four years, he had 16 number-one records and 69 top-10 hits.
Miller joined the U.S. military in 1942 so that he could entertain troops during World War II.
On December 15, 1944, Miller's plane went missing over the English Channel. He was on his way to Paris.
He was given the Bronze Star Medal after his death for his service during the war.

Make sure you also get the Titanic Song MIDI or 1000+ Free MIDI Downloads!

The Story of 'In the Mood'

The jazz-swing-rockabilly standard "In the Mood" comes from Wingy Manone's single "Tar Paper Stomp" from 1930.
Joe Garland and Andy Razaf changed and arranged it for Glenn Miller and his big band jazz orchestra.
On August 1, 1939, Glenn Miller and his big band jazz orchestra recorded it for the first time on a 78 rpm disc at Bluebird Records in New York.
Listen to the song below. 🔥
This song was No. 1 on the American charts for 13 weeks in 1940.
It has been recorded many times, with great success, and was used in the musical film You Will Be My Husband, directed by H.
Bruce Humberstone and released by 20th Century Fox in 1941.